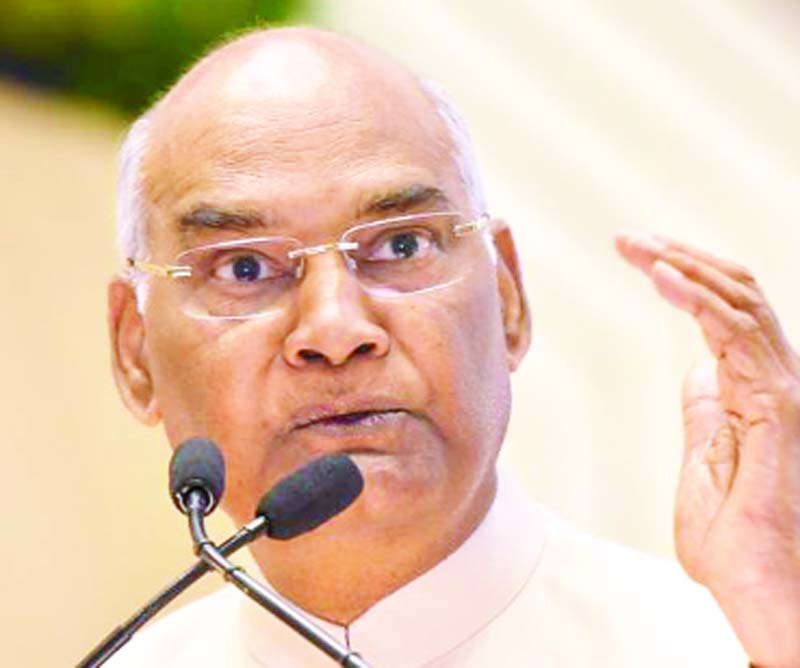 NEW DELHI: President Ram Nath Kovind Thursday said the central government is making all efforts to ensure a safe and peaceful environment for the people of Jammu and Kashmir.

In his address to the joint sitting of both houses of Parliament, Kovind said the government is also committed to take all necessary steps for the development of Jammu and Kashmir.

“My government is making efforts with complete dedication to provide a safe and peaceful environment for residents of Jammu and Kashmir.

“The recently concluded peaceful elections to local bodies and to Lok Sabha have bolstered our efforts,” he said in his customary address after the formation of the 17th Lok Sabha.

Jammu and Kashmir is currently under President’s rule and schedule for the assembly elections is expected to be announced after the Amarnath Yatra, which will come to an end in mid-August. (AGENCIES)