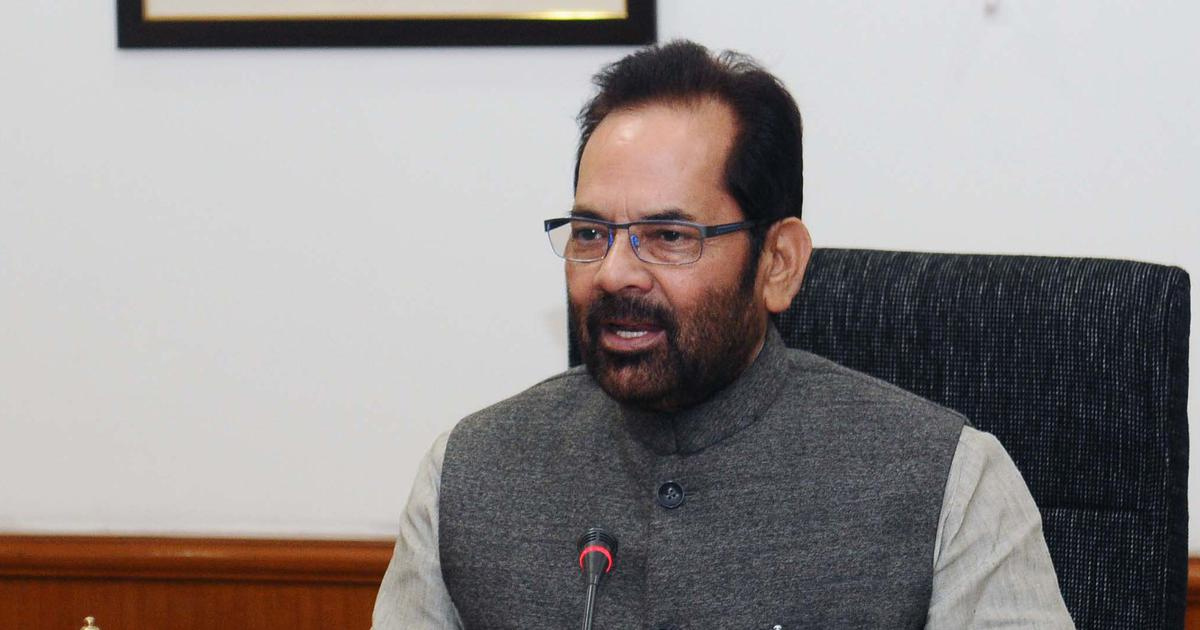 NEW DELHI, May 10: Amid a row over the demolition drive in Shaheen Bagh, Minority Affairs Minister Mukhtar Abbas Naqvi on Tuesday said it has become a fashion to give a “communal colour” to illegal acts and rued that the “bulldozer was getting defamed” for action against encroachment.

Protests erupted at Delhi’s Shaheen Bagh, the scene of the epic sit-in against the new citizenship law, on Monday with hundreds of people, including women, physically blocking bulldozers and forcing the local municipal authority to abandon the anti-encroachment drive.

AAP MLA of the area Amanatullah Khan had on Monday accused that the BJP of using the municipality to “spoil” the environment in Shaheen Bagh and indulging in “Hindu-Muslim rhetoric”. Leaders of the Aam Aadmi Party (AAP), including Khan, and the Congress had reached the spot and staged a dharna.

Asked about the allegations of Opposition parties such as the AAP and the Congress, Naqvi said it is unfortunate that it has become a fashion to give a “communal colour” to criminal and illegal acts.

Legal action against illegal acts should be supported and not given a communal colour, the senior BJP leader told PTI.

“Be it crime, illegal acts, some political parties make it a part of their pseudo-secular agenda,” he said.

The minority affairs minister said if someone has committed a crime, an illegal act, then action is taken without discrimination.

“The constitutional, social and religious rights of minorities were, are and will be protected. Nobody can harm these rights,” he asserted.

Those who indulge in fear-mongering among minorities, they are not well-wishers of minorities but want to politically exploit them, Naqvi said.

Asserting that illegal encroachment cannot be a safe investment for anyone, the minister said it has nothing to do with caste, colour or community and action would be taken against anyone, who indulges in it.

“It is heartening to see that at some places people have themselves cleared encroachments,” he said.

The Delhi Police had on Monday registered an FIR against AAP MLA Khan and his supporters for allegedly obstructing an anti-encroachment drive in Shaheen Bagh, officials said.

The South Delhi Municipal Corporation (SDMC) lodged a complaint with the police against Khan and his supporters, accusing them of obstructing its anti-encroachment drive in Shaheen Bagh on Monday.

As soon as bulldozers rolled into the locality, teeming with police and paramilitary personnel, to pull down alleged illegal  structures, hundreds of people gathered on the streets and atop buildings.

Many raised slogans against the authorities and staged sit-ins on the roads, while a woman protester hopped onto a bulldozer, the earthmoving machine that has emerged as a symbol of government power in the recent months.