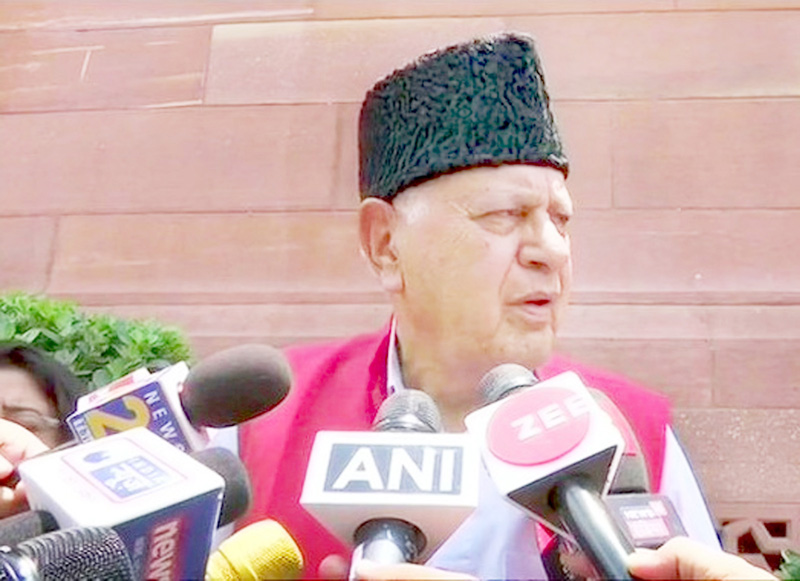 They are worried about end of family rule: Dr Jitendra

Sanjeev Pargal
JAMMU, July 29: National Conference and PDP today initiated efforts to seek clarity from the Centre on its thinking over Article 35 A of the Constitution with NC president Dr Farooq Abdullah seeking an appointment with Prime Minister Narendra Modi and the party planning to move a motion in the Lok Sabha for discussion on the subject as Dr Abdullah declared that if the Centre abrogates Article 35-A it will have to abrogate every Article which came from the President and go back to the 1947 position.