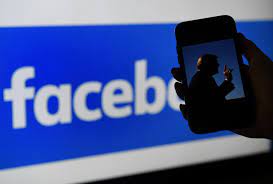 Washington, May 10: A member of the oversight board of the US social media giant Facebook, Michael McConnell, criticized the platform for its decision to indefinitely ban former president Donald Trump, saying it was “not justified,” Fox News reported on Sunday.

Twitch, Twitter, Facebook, Youtube and Instagram blocked Trump’s accounts for various periods of time over his statements about the riots in Washington on January 6, which were seen as instigating the violence. The oversight board agreed that Trump broke the rules and that blocking his accounts was justified, but with caveats.

“What we did say, though, was that they were not justified in taking him down indefinitely, that they did not provide any reasons for that, that is not a provision in their rules. That was wrong,” McConnell was cited as saying by Fox News.

According to the expert, even though Trump violated the rules, his indefinite ban is a sign that “Facebook exercises too much power” and needs to reassess its internal rules.

“They needed some time because their rules are a shambles. They are not transparent. They are unclear. They are internally inconsistent. So we made a series of recommendations about how to make their rules clearer and more consistent,” McConnell was quoted as saying by the news.

On Wednesday, the board upheld Trump’s ban from Facebook and Instagram, but stated it was “not appropriate” to impose the “indeterminate and standardless penalty of indefinite suspension” and gave Facebook six months to review the decision.