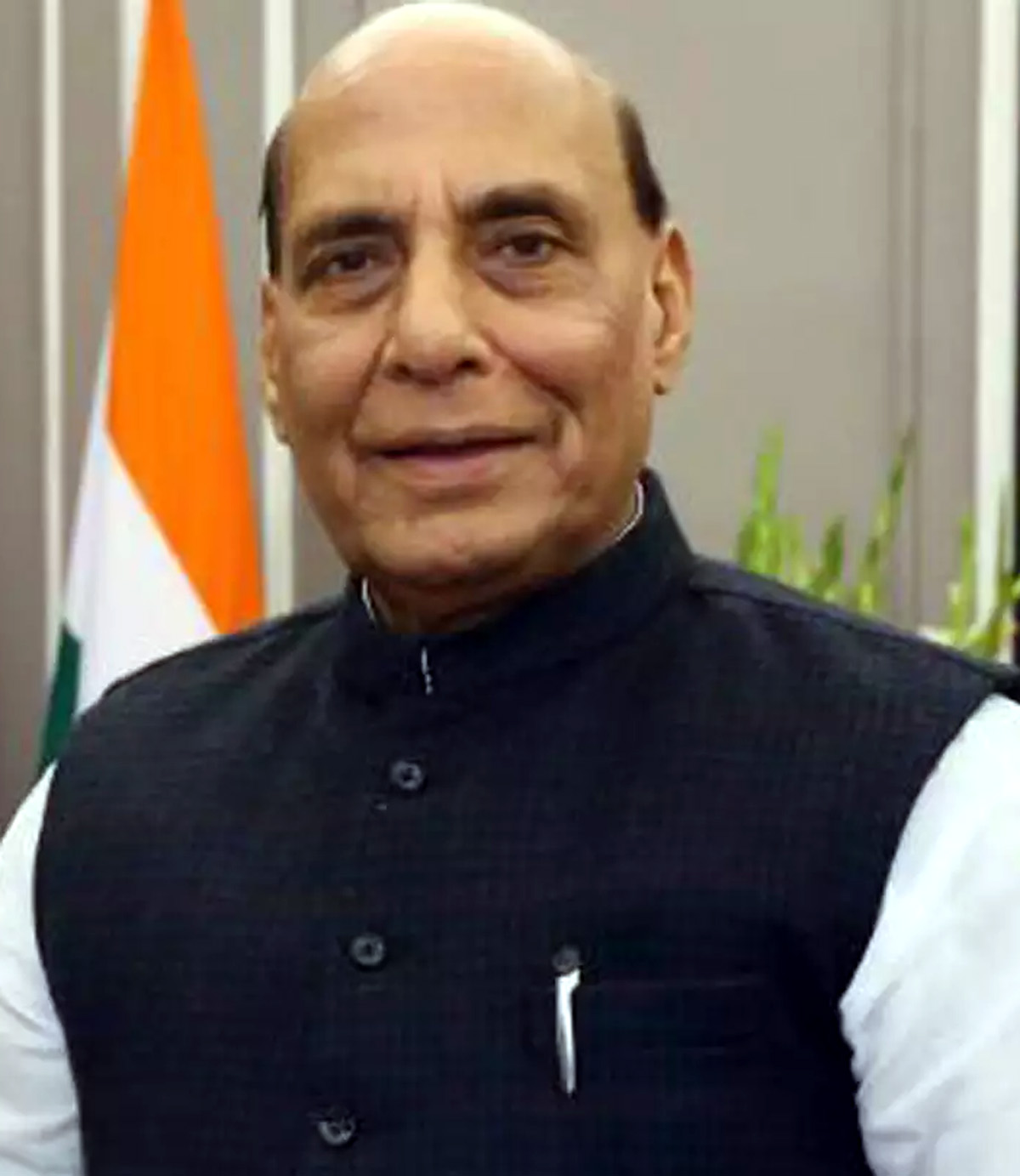 NEW DELHI, Sept 25: The developments in Afghanistan raised questions about the role of power politics and the use of terrorism as a tool to change state structures and behaviour, Defence Minister Rajnath Singh said on Saturday.
Without mentioning the Taliban, Singh said the world is witnessing the destabilising effects of terror and the especially dangerous precedence of violent radical forces attempting to gain legitimacy by creating “new normal”.
In an address at the National Defence College, he said India’s actions in Balakot and Galwan were clear signals to all “aggressors” that any attempt to threaten its sovereignty will be given a “swift and befitting” response.
He said the turmoil caused in the region has been brought about by “aggressive designs” and the active support to non-state players by irresponsible states, seen as a clear reference to Pakistan.
Singh said that there has been a growing realisation now of India’s concerns over Pakistan’s support to radical and terror groups.
“Today, there is widespread realisation amongst all responsible nations, towards a common understanding and the need to come together against this common menace,” he said referring to terrorism.
The defence minister said reverberations of the events in Afghanistan are being felt in the region and beyond.
“The recent events in Afghanistan have reinforced the reality of our times. The only certainty about evolving geopolitics is its uncertainty. Changes in state boundaries may not be as frequent today,” he said.
“However, the fast-transforming structure of states and the influence that external powers can have on it is clearly evident. These events raise questions regarding the very role of power politics and the use of terrorism as a tool to change state structures and behaviour,” he added.
The defence minister said that there is a lesson to be learnt from whatever has happened in Afghanistan.
“When these events are viewed, it is tempting to believe that terrorism, fear, medieval thoughts and actions, discrimination drawn on the basis of gender, practices that are seeped in inequality and dogmatic thought, can sweep aside the wishes of the people and inclusive structures,” he said.
Singh asserted that injustice, however powerful, cannot and will not defeat the collective power of the goodness that is inherent to human existence.
He also referred to India’s security challenges of attempts to change status quo along the northern border with China and cross-border terrorism along the western frontier.
“We are faced with belligerence on our land borders challenging the status-quo, cross border support to terrorism, and increasing efforts to counter our goodwill and outreach in our neighbourhood,” he said.
“While it (India) is totally committed to peace and goodwill amongst all nations, it has shown its steely resolve that threats to its internal and external security will no longer be tolerated,” Singh said.
“From a security perspective, the nation and our military are acutely aware that the future military strategies and responses will need proactive synergy amongst all elements of our armed forces to safeguard our national security interests,” he added.
Singh said that while the conventional threat remains, the “grey-zone” threats necessitate the adoption of an “all of government” approach with all elements of state power coming together to anticipate and mitigate future challenges.
The defence minister also talked about the power of knowledge, saying it allows us to understand the historical, social, geopolitical and economic realities of a country and a region.
“It tells us about the circumstances that led to the recent developments in Afghanistan,” he said.
“Knowledge and wisdom have been held as the highest attributes in our society. And those who have possessed these, have guided our destiny as a civilisation and as a country,” he said.
“The quest for the qualities displayed by Vidur and Shri Krishna remains inherent to our learning. Similarly, we have been guided by the role played by Kautilya in the court of Chandragupta Maurya,” he added. Indian fighter jets bombed Jaish-e-Mohammed’s biggest training camp near Balakot deep inside Pakistan on February 26, 2019, 12 days after the terror group claimed responsibility for a suicide attack on a CRPF convoy in Kashmir, killing 40 soldiers. The Galwan Valley clashes took place on June 15 last year in eastern Ladakh. Twenty Indian Army personnel laid down their lives in the clashes with Chinese troops in Galwan Valley that marked the most serious military conflicts between the two sides in decades. (PTI)