RAMBAN, May 18: Banihal Police under ‘Operation Sanjeevani’ arrested a driver and his sister-in-law along with 1028 kilograms of poppy straw.
This was informed by Sub Divisional Police Officer (SDPO) Banihal Nissar Ahmed Khoja while interacting with media persons here today.
Giving details, SDPO informed that during routine checking at Banihal, a team from Police Station Banihal intercepted a truck bearing registration number JK02AQ-1611.
“Thorough checking of the truck was conducted in presence of a Magistrate and during checking, the truck was found loaded with poppy straw like substance in big white polythene bags which on weighing came out to be 1028 kilograms”, he said two persons including a lady was arrested on the spot. Click here to watch video
“The arrested persons were identified as Mohd Naveed (driver), son of Abdul Qayoom Qazi of Dodaj Tehsil Darhal District Rajouri and his accomplice who happens to be his sister-in-law as Uzma Kouser, wife of Mohd Wahid Qazi”, SDPO said, adding that a case under FIR Number 115/2022 under Section 8/15/29 NDPS Act has been registered at Police Station Banihal and investigation has been entrusted to PSI Sushil.
The overall recovery and arrests were made by the police team under the supervision of SHO Banihal Inspector Muneer Ahmed, SDPO Banihal Nissar Ahmed Khoja and SSP Ramban Mohita Sharma. 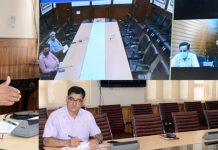 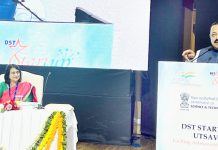 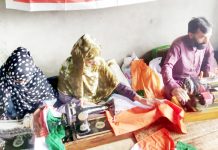 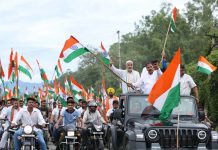 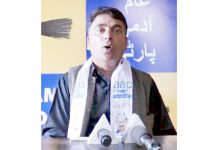 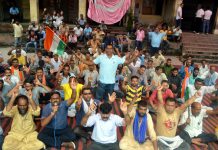 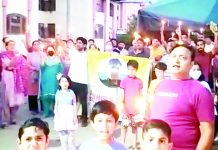 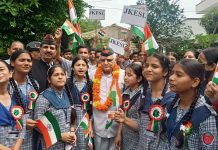