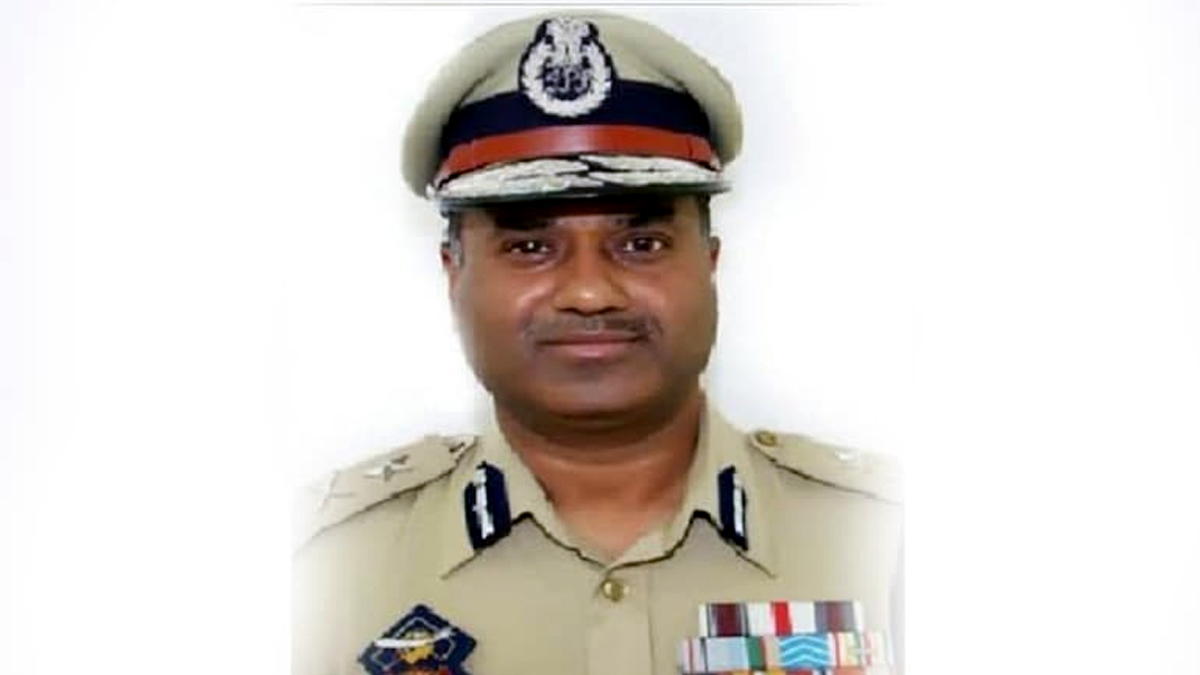 Motive remains mystery
Excelsior Correspondent
JAMMU, Oct 4: The sensational murder of Director General of Police (Prisons) Hemant Kumar Lohia was solved within hours as his 23-year-old domestic help, the main suspect, was arrested here this afternoon though the motive behind the killing still remained a mystery.
The murder of the 1992-batch officer late Monday night at his friend’s house sent shock waves.
Yasir Lohar’s arrest from a field in Kanhachak, around 10 km from the place where the incident happened, followed a major all-night manhunt, the police said in a statement, adding his interrogation was underway.
The DG (Prisons) was found dead on Monday night at his friend’s house at Udheywalla on the outskirts of Jammu, with burn injuries on his body and his throat slit.
Click here to watch video
Police said initial investigations did not point towards a terror angle.
Though a terror group, People’s Anti-Fascist Front (PAFF), claimed responsibility for the murder, Director General of Police Dilbag Singh, who visited the crime scene, told reporters “these terror groups shamelessly own everything and anything”.
“There was no clue which suggested involvement of any terror group. For the time being, the terror angle is ruled out but if, during investigation, such a thing comes to light, we will see to it,” he said.
Terming the murder an unfortunate incident, the police chief said the force has got relevant clues from the scene which indicate that the accused had a history of aggressive behaviour.
He said the suspect had bolted the room from inside when the DGP (Prisons) was rubbing balm on his foot.
The domestic help repeatedly attacked him with a sharp object and even threw a burning pillow towards him in an apparent bid to set ablaze the body of the victim.
The 57-year-old Lohia, who was promoted and appointed as Director General of Prisons in the Union Territory in August, had shifted to his friend’s house only a few days back.
Additional Director General of Police, Mukesh Singh said, “In a major manhunt launched by the Jammu and Kashmir Police throughout the night, the accused involved in murder case of the DG prisons has been apprehended. Interrogation of the accused has started.”
Earlier, the ADGP had said that preliminary examination of the crime scene indicated that Lohia must have been applying some oil on his foot which showed swelling.
The killer suffocated Lohia to death and also used a broken ketchup bottle to slit his throat and later tried to set the body afire, he said.
The guards present at the residence of the officer saw fire inside his room and broke open the door, the ADGP said.
The officials said raids were conducted by special teams at different places including the domestic help’s home town in Halla-Dhandrath village in Ramban district where some persons including his fiancee were detained for questioning.
The ADGP said the CCTV footage collected from the incident site showed the accused running away after the commission of the crime.
“Lohar was working in this house for nearly six months…Initial investigation revealed that he was quite aggressive in his behaviour and was also under depression,” he said.
“A thorough probe is on to rule out any possibility (of terror angle). The weapon of offence has been seized besides some documentary evidence reflecting his (domestic help’s) mental state,” he said.
Officials said the body of the deceased officer was shifted to the Government Medical College (GMC) hospital Jammu for a postmortem and it will be cremated with full honours here tomorrow.
Sharing some pages from the diary of the accused, a police official said Lohar, a school dropout, was apparently fed up with his life.
The domestic help wrote in his diary that he was 99 percent sad but wearing a 100 percent ‘fake smile’.
“I am 10 percent happy, having zero percent love in life and 90 percent tension in life. I hate my life which only gives pain and waiting for death to restart my life,” he wrote in the diary.
The official said the accused admitted to his involvement in the murder and his interrogation is on to unravel the motive behind this henious crime.
“The police is looking from all angles. The accused had left his house two years back and was working as a cook at this house for the last six months,” he said.
Meanwhile, Lt Governor Manoj Sinha today expressed shock and grief over the murder of H K Lohia, saying he served the country with great honour and dedication.
“Hemant Lohia was an outstanding Police officer and a great human being. He served the country with great honour & dedication. Shocked and deeply grieved at his sad demise. My condolences to the bereaved family and friends,” the Lt Governor said in a tweet.
Director General of Police, Dilbag Singh, on behalf of all ranks of Jammu and Kashmir Police has also condoled and expressed grief over tragic, sad and unfortunate demise of H K Lohia.
In his condolence message the DGP, has expressed his grief over the loss of a professional,hardworking and dedicated senior officer. He said that the officer was a very dear colleague and his services and contributions to the different organizations will always be remembered. The department and he himself are “deeply saddened by this huge loss”, the DGP said.Additional Director General of Police, Jammu Zone, Mukesh Singh has expressed grief over the sad demise of HK Lohia.
In his message, Singh termed the sad demise of HK Lohia as a great loss to the J&K Police. Besides being a professional police officer, he was also a great human being, he said. He expressed his deepest sympathies and heartfelt condolences to the bereaved family.