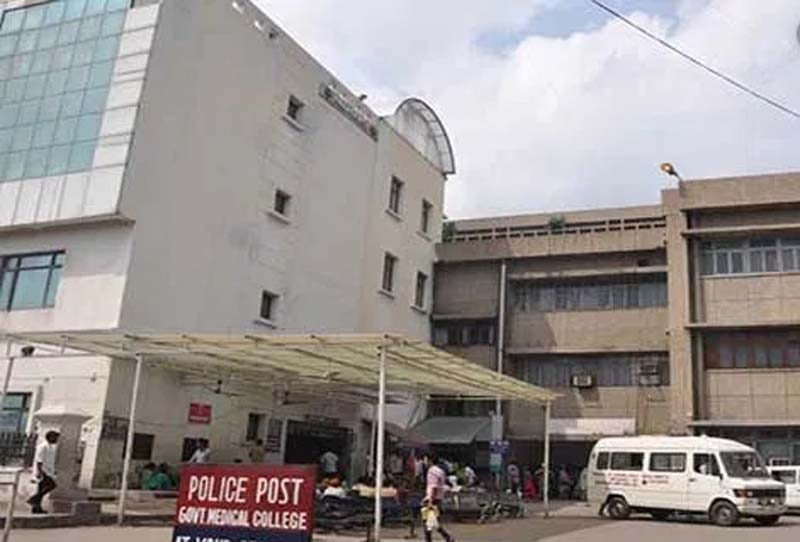 Govind Sharma
JAMMU, May 26: The dialysis patients had a harrowing time today as due to some fault in RO Plant of Government Super Speciality Hospital (SSH) Jammu, dialysis of even a single patient could not be done in the Hospital.
Several distressed attendants of the dialysis patients who had prior appointment for dialysis in SSH Jammu, rang Excelsior office and told that they were sent back by the doctors and told to come on some other day as the RO Plant of the Hospital was not in working condition.
Anil Verma, who is a small shopkeeper told that his 70-year-old mother use to come for dialysis twice a week in the Hospital and they cannot afford to miss the same as her mother’s both kidneys have been damaged and missing or delaying for a day or two may be dangerous for her life.
He said SSH Jammu is such a big institution and there must be backup RO Plant. “How administration of the Hospital can be so negligent,”? he questioned and appealed the authorities to make some alternative arrangement.
“We are poor people and cannot afford to go to private hospital for dialysis. If my 80-year-old father will not undergo dialysis, he will die,” said Mohan Das, a farmer hailing from RS Pura area. He said that they waited for about 2 hours in the Hospital and then they were told to come on Thursday as there was some problem in RO Plant.
Official sources told Excelsior that some fault erupted this morning in RO Plant of SSH Jammu due to which the dialysis could not be done in the Hospital. They said that the RO Plant was functioning properly till last evening but when it was started today, it didn’t work.
Sources said that there are 30 dialysis machines in SSH Jammu and all are functional. “While 20 machines are old, 10 were installed about 3-4 months back,” they said, adding around 40-50 patients used to undergo dialysis daily here but after outbreak of Coronavirus, the number of beneficiaries has come down to 30.
“SSH Jammu is the lone hospital in Jammu where dialysis is being done even during spread of COVID-19 pandemic. Government Hospital, Gandhi Nagar has also 4 dialysis machines but one of them has been kept for dialysis of COVID positive patients while 3 others have been reserved for dialysis of COVID suspects,” sources said. “In such circumstances, where the poor dialysis patients will go,”? they questioned.
They further said that even ASCOMS & Hospital, Sidhra has two RO Plants. “One is used at a time and another has been kept as standby for such emergency situations but surprisingly such a big Government Hospital like SSH Jammu do not have any backup RO Plant,” they regretted.
When contacted, Medical Superintendent (MS), SSH Jammu, Dr Arun Sharma said they have both CMC and AMC with a company named Fregenius and today the technician of the company was called who told that the PCB Board of the RO Plant has been damaged and it needs to be replaced.
Dr Sharma said that the Principal GMC Jammu, Dr Nasib Chand Digra today discussed the matter with Divisional Commissioner Jammu, Sanjeev Verma and arranged special travel passes for the company official who has to come with the required part of the RO Plant from Panipat.
“The company has assured that the requisite part will reach Jammu tomorrow and if it goes by its commitment, the RO Plant will be functional by tomorrow evening or Thursday morning,” said the MS. He added that they might operate the dialysis machines by direct supply of water but as that might be risky for the patients so they avoided that.
He said that they have sought the help of ASCOMS & Hospital for dialysis of their emergency patients till their RO Plant is made functional and its management has agreed to their request and assured that after 2 pm, they can consider the patients from SSH.