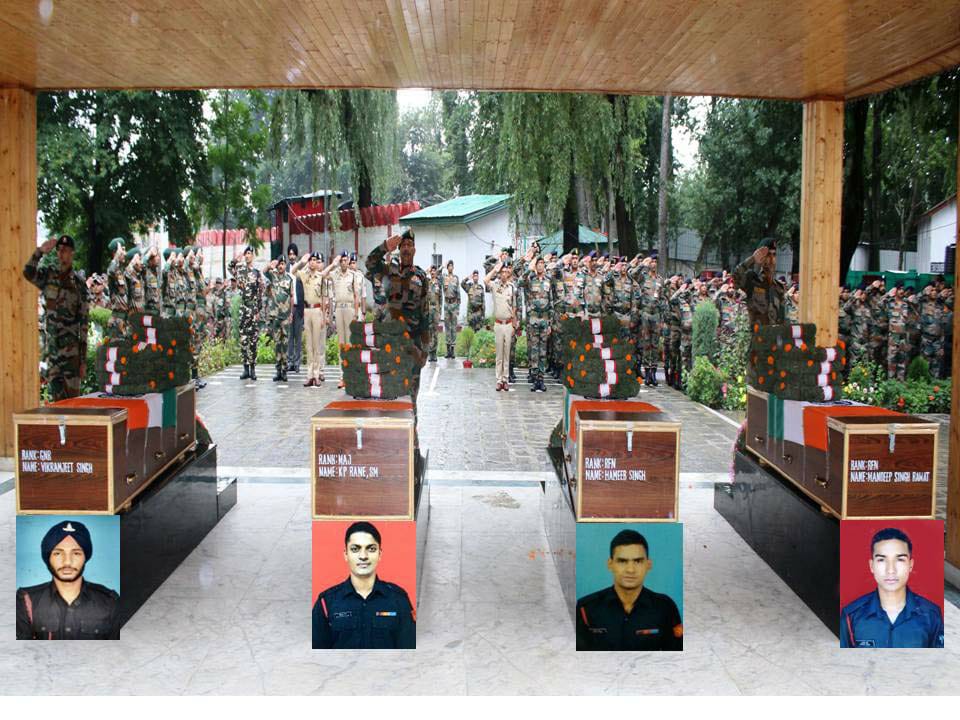 NEW DELHI: Minister of State for Defence Subhash Bhamre and several senior Army officials today paid homage to four soldiers who were killed in a gunbattle with militants in Jammu and Kashmir yesterday.

Bhamre, Vice Chief of the Army Lt Gen Devraj Anbu and other senior Army officials laid wreath at the bodies that were brought to the Palam Technical Area of the Air Force, Army spokesperson Col Aman Anand said.

The mortal remains of the Army personnel were sent to their home states. (AGENCIES)