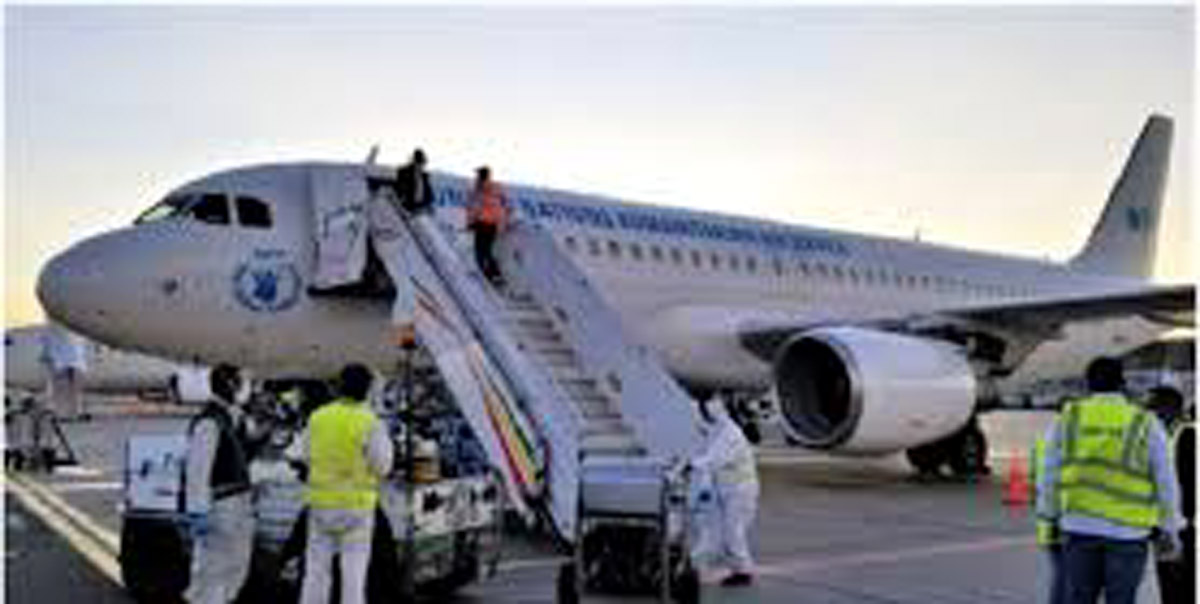 Facility to be of immense help for vast populace: Dr Jitendra
*Work to begin shortly under UDAN Scheme
Mohinder Verma
JAMMU, May 29: Finally, decks have been cleared for the construction of full-fledged airstrip at Kishtwar under Regional Connectivity Scheme called Ude Desh Ka Aam Nagrik (UDAN) of the Union Government. This facility would be of immense help for the vast population of erstwhile Doda district, which is in the dire need of the same because of the remote and tough terrain.
The plan to construct full-fledged airstrip at Kishtwar was mooted over two years back but the project got delayed as some formalities were to be completed with the Ministry of Defence in view of existing air-strip being used for the defence purpose only.
Moreover, acquisition of more land was also taking time for the construction of full-fledged airstrip as the land already in the possession of the Army was not sufficient to have 1200 meter mandatory length of the airstrip for operation of aircrafts.
Actually, Army had certain reservations about the utilization of existing airstrip for the civilian aircrafts and was of the opinion that such a step may hamper operation of its helicopters, which carry logistics to several far-off areas of Doda and Kishtwar regularly.
However, all the reservations of the Army have finally been cleared after series of meetings with the Ministry of Defence, Ministry of Civil Aviation and Department of Civil Aviation of Jammu and Kashmir convened on the direct intervention of Minister of State in the Prime Minister’s Office Dr Jitendra Singh, who is also Member of Parliament from Udhampur-Doda-Kathua Parliamentary Constituency.
With this, decks have been cleared for the construction of full-fledged airstrip at Kishtwar. The 1200 metre long airstrip will be developed over 165 kanals of land. For this, 46.44 kanals of land has been acquired by the civil administration while as rest of the land is already in the possession of the Army.
The revelation about completion of all the formalities for construction of full-fledged airstrip at Kishtwar has been made by Minister of State in the PMO, Dr Jitendra Singh through a tweet.
“After a sustained effort of last two years and series of meetings with Defence personnel for extra land, this project has finally been included in UDAN Scheme of the Government of India”, Dr Singh has tweeted, adding “now Kishtwar in Jammu and Kashmir will soon have a full-fledged airstrip”.
The 1200 metre airstrip would be sufficient for the operation of civilian aircrafts and Army will have liberty to use it for its own purpose whenever required, Dr Jitendra Singh said when contacted, adding “as Government of India has started gradually lifting restrictions imposed in view of COVID-19 pandemic the work on the project will begin shortly under UDAN Scheme”.
The Union Minister said, “we are also pressing for utilization of Udhampur airport for civilian aircrafts while being exclusively under the control of the Army”, adding “a formal decision in this regard will be taken in due course of time”.
The full-fledged airstrip at Kishtwar would be of immense help for the population of erstwhile Doda district, which is in dire need of such a facility in view of remote and tough terrain, he further said, adding the operation of civilian aircrafts to and from Kishtwar airstrip would also go a long way in promotion of tourism.
The UDAN Scheme has been launched by the Ministry of Civil Aviation to stipulate regional air connectivity and making air travel affordable to the masses. It is a market driven mechanism and the interested airlines based on their assessment of demand on particular routes submit their proposals at the time of bidding for air operations on un-served routes.
Financial incentives in terms of concessions from Central, State Governments and airport operators are extended to selected airline operations to encourage operations from un-served/under-served airports and to keep the air fare affordable. Even support to the selected airline operators in the form of Viability Gap Funding is provided by the Governments of States and Union Territories.