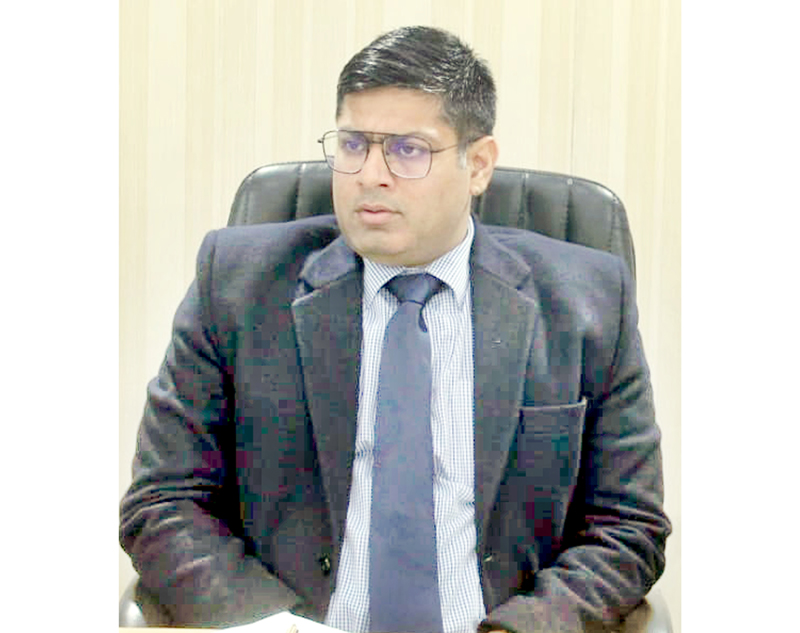 RAJOURI, Dec 6: District Development Commissioner Rajouri, Vikas Kundal, today chaired a meeting to discuss the measures to resolve the issues hampering the developmental works in Manjakote.
Vice Chairman DDC, Shabir Khan, who was also present in the meeting highlighted a number of issues and demands including repair and renovation of PWD Dak Bunglow at Manjakote and Qila Darhal, making the girls hostel at Manjakote functional, payment of schools completed under Tameer, defunct handpumps etc. Sports stadium at Manjakote under DYSS and Sports council was also discussed in the meeting.
The issues on PWD roads under UT capex and District Capex were also discussed. The meeting also discussed the progress of PMAY-G, B2V and District Capex works of the RDD sector.
Addressing the meeting, the DDC reiterated that the District Administration is making tireless efforts to solve the difficulties of the public and making services and welfare schemes easily accessible to them so that they don’t face any inconveniences.
Highlighting the role of the public and their representatives in the developmental process, he said that only the collaborative efforts of the public, elected representatives and Administration can steer the development process and ensure resolution of the day to day problems of the common people.
While addressing the issues and demands of the general public, he also exhorted the officers to take immediate measures to mitigate the problems of the people highlighted during the meeting. He also directed the officers to maintain interdepartmental coordination to resolve the public issues timely.
Reviewing the progress under SSY and 14th FC, it was informed that 12 works have been completed under SSY while all works under 14th FC have been completed. Under B2V, the meeting was also apprised that 65 works out of 80 works have been completed. It was also informed that 02 CSCs have also been completed.
Discussing the status of the segregation units, the concerned officers said that 04 segregation units are in progress. Under the PMGSY sector, 05 works are complete while 03 works are in progress.
Regarding the progress of JPDCL under PRI grants, the meeting was informed that out of 10 JPDCL works under PRI grants, as many as 06 are complete. Similarly, while taking note of the progress of JPDCL under SSY, it was also informed that the tenders for 03 SSY works have been allotted. Progress under PRI grants of last financial year was also discussed threadbare in the meeting.
The DDC also advised the concerned officers to be proactive while dealing with the public demands and issues and take best possible steps to ensure that all genuine grievances are redressed in a time bound manner.