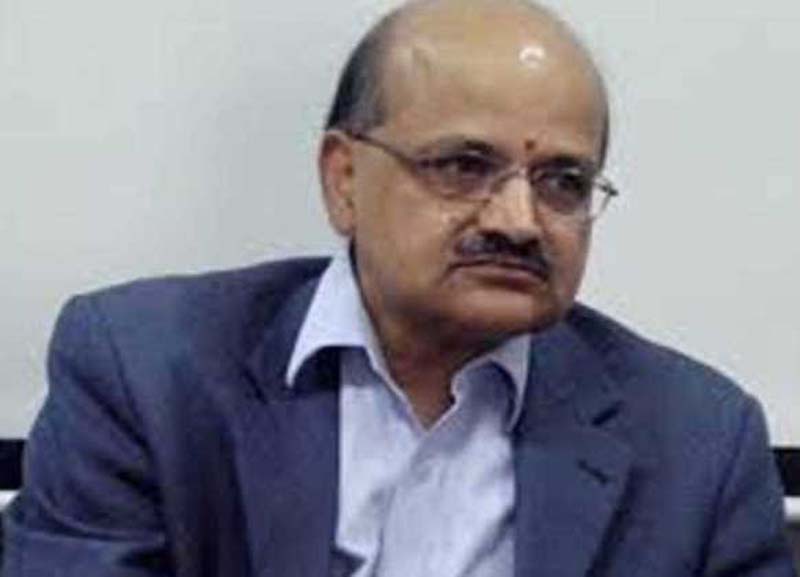 All Admn Secys asked to ensure meeting of timelines

Mohinder Verma
JAMMU, Aug 3: Chief Secretary BVR Subrahmanyam has expressed displeasure over delay in submission of reports by the committees of bureaucrats constituted to deal with several vital administrative and other issues during the Governor’s Rule and made it clear that no more slackness in this regard would be tolerated.
The concern of the Chief Secretary conveyed to all the Administrative Secretaries in the recent meeting of the Committee of Secretaries has vindicated series of exclusive news-items published by EXCELSIOR from time to time highlighting the failure of the panels of the bureaucrats to meet the deadlines for the completion of the assigned task.
Ever since the imposition of Governor’s Rule in Jammu and Kashmir on June 20, 2018, almost all the pending issues relating to providing good governance and on different matters pertaining to employees and judiciary received due attention of the administration and accordingly different Government orders were issued assigning these issues to the committees of bureaucrats for deliberations and submission of reports, official sources told EXCELSIOR.
Even a number of Fact Finding Committees on the alleged frauds particularly with regard to allotment of developmental works and appointments in blatant violation of rules were constituted so as to bring transparency and accountability in the system, undo the wrong committed in the past and initiate necessary action against the delinquent officials.
The issues regarding hanging fate of the developmental works and financial and other difficulties being encountered in providing benefits of the Centrally Sponsored Schemes to the targeted population also received due attention of the Governor’s administration and accordingly different committees of officers were constituted.
Majority of orders vis-a-vis constitution of committees were issued by the General Administration Department followed by the Finance and Housing and Urban Development Departments. In each and every order, time-line was specified for submission of reports by the committees with the objective to resolve the issues as promptly as possible, sources said.
“However, there is hardly any committee which has strictly adhered to the time-frame given for the completion of task and in numerous cases extension in time was given to the committees several times due to inability of the officers concerned to handle the subject on priority basis”, they said, adding “what to talk of those committees which have been given limited time of 15 or 20 days even the panels having timeline of three months have failed to act as per the directions of the Government”.
They further said, “there are numerous instances whereby Government was compelled to reconstitute the committees by nominating new officers keeping in view the inability of the earlier ones to accomplish the assigned task”, adding “in some departments like Housing and Urban Development the committees of the officers have failed to complete enquiries into huge embezzlement of funds and large scale illegal appointments, which were committed several years back, as a result of which delinquent officials as well as illegal beneficiaries continued to remain unpunished”.
It is pertinent to mention here that EXCELSIOR published out series of news-items highlighting the failure of numerous such committees to meet the deadline for submission of report.
All these issues came up for deliberations in the recent meeting of the Committee of Secretaries chaired by the Chief Secretary, who expressed displeasure over failure of committees to strictly meet the timelines mentioned in the Government orders, sources said.
“It has been observed that many committees have been constituted either by the General Administration Department or by other departments on a large number of issues including those related to conduct of enquiries, personnel matters, court matters and administrative issues etc. However, the reports from these committees are still awaited”, read minutes of the meeting of Committee of Secretaries chaired by Chief Secretary recently, the copy of which is available with EXCELSIOR.
As per the minutes of the meeting, the Chief Secretary has directed the concerned Administrative Secretaries to expedite the finalization of the reports of the committees in the shortest possible time-frame. “The Chief Secretary has also made it clear that no more slackness in this regard would be tolerated”, sources privy to the proceedings of the meeting said, adding “Chief Secretary has further conveyed that vital administrative and governance issues cannot be allowed to be held hostage by the slackness of the officers”.