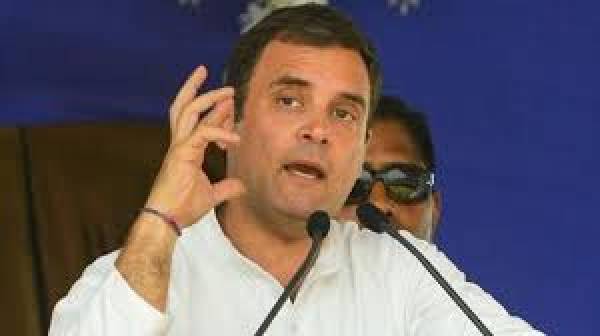 NEW DELHI: Senior leaders of the Congress party on Wednesday held a meeting under the leadership of AK Antony to chalk out the strategies for the upcoming Assembly polls in four states and to take stock of the situation after party president Rahul Gandhi insisted that he will not continue in the post.
However, AICC communication in-charge Randeep Singh Surjewala asserted that Mr Gandhi will continue as party president. “Rahul Gandhi was the Congress president, is the president and will be the president. We have no doubt about it”, he said after the meeting attended by other senior leaders such as party treasurer Ahmed Patel, organisational general secretary KC Venugopal, Rajya Sabha leader Ghulam Nabi Azad and deputy leader Anand Sharma, P Chidambaram and Mallikarjun Kharge.
Mr Surjewala said that Mr Venugopal will hold a meeting of all general secretary in-charges of the states. The ‘informal’ meeting discussed preparations to be taken for the upcoming Assembly polls in four states – Maharashtra, Jharkhand, Haryana and Jammu and Kashmir.
Refuting the reports that Congress Core group is holding a meeting, Mr Surjewala said that there is no core group in the party. “The groups and committees had been set up for the election related works. Those committees have completed their works. Today’s was an informal meeting”, Mr Surjewala said.
Responding to a question on the leader of the Lok Sabha, the Congress spokesperson said that Sonia Gandhi had been authorised to take the decision. “The party had elected Sonia Gandhi as the Parliamentary Party leader. Ms Gandhi had been authorised to nominate the posts in Lok Sabha and Rajya Sabha”, he said.
Even as the party leadership stressed in public that Mr Gandhi will continue as president, sources said that senior leaders have been deliberating to find an alternate arrangement, if he continued to stick to his decision.
Mr Gandhi had offered his resignation taking moral responsibility of the dismal performance of the party in the 2019 Lok Sabha polls, at the Congress Working Committee meeting on May 25. However, the CWC rejected it and authorised him to reconstitute the party. It was learnt that Mr Gandhi had informed the leadership to find a party president outside ‘family’ and that he will continue till the process is completed.
Notably, none from the Gandhi family attended today’s meeting as Sonia Gandhi and party general secretary Priyanka Gandhi are in Rae Bareli.
(AGENCIES)