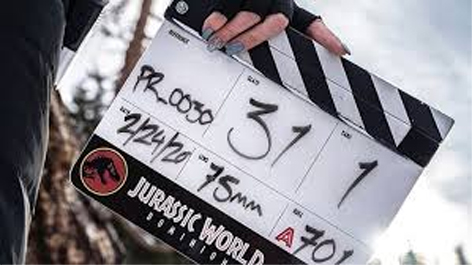 Los Angeles, Feb 26: The third chapter in the “Jurassic World” franchise has been titled “Dominion”, director Colin Trevorrow has revealed.
The filmmaker, who rebooted Steven Spielberg’s blockbuster “Jurassic Park” franchise with 2015’s “Jurassic World”, is back on the director’s chair after sitting out on second movie “Jurassic World: Fallen Kingdom” (2018).
Trevorrow took to Twitter to announce that filming on the third installment has commenced. He shared the image of a clapperboard that revealed the title of the film as “Jurassic World: Dominion”.
Chris Pratt and Bryce Dallas Howard are coming back for the threequel, which will also feature original stars of 1993’s “Jurassic Park” — Laura Dern, Jeff Goldblum and Sam Neill.
Trevorrow is directing from a script he co-wrote with Emily Carmichael. He will also executive produce the film with Steven Spielberg.
“Jurassic World: Dominion” hits theatres on June 11, 2021. (PTI)