SRINAGAR, Oct 20: In a first in the history of Jammu and Kashmir, Chief Justice of Jammu and Kashmir High Court, Gita Mittal today inaugurated a Family Court at District Court Complex here.
Addressing the inaugural function, Chief Justice observed that the objective of establishing family court in J&K is to ensure speedy justice and inexpensive relief in family matters with least formalities.

Click here to watch video
She highlighted background about the history of establishing of family courts across India and the enactment of Family Courts Act 1984 and its subsequent enactment in J&K after the promulgation of J&K Reorganization Act 2019. “It was a long journey for J&K to establish a family court, but I am confident that we were capable to make the family court a success in this region,” she reaffirmed.
She added that it is not only to ensure speedy and inexpensive justice but the parties involved in the matter would be having privacy in personal areas of dispute and difficulties relating to the family matters. She also thanked Chairman Family Court Committee, High Court of J&K, Justice Tashi Rabstan for expeditious journey of setting up of the family court in remarkable speed.
She also suggested that the with the Court set up for such family matters, it is imperative for presiding officers to be committed to protect the institution of marriage and to promote settlement of dispute through reconciliation and counseling.
“With the establishment of family court, J&K made an effort to develop a sensitive system and processing of family matters expeditiously, at the first place. We recognize that the proceeding before family court are conciliatory and not adversary as ours is a land of diversified culture, local customs and various conventions,” she maintained.
She said that so far 1100 cases have been recognized and transferred to Srinagar family court and such figures may increase as the process of identification of cases is underway.
She emphasized for urgency to establish family courts in every district saying as soon as resources and man power is available the process would be started so as to ensure expeditious justice in family court matters.
“We have already undertaken an exercise for which the committee is working on and is identifying space for the family court in Jammu and hopefully we will shortly establish a family court in Jammu also as well as in other districts,” she added.
On the occasion, Chairman Family Court Committee, High Court of J&K, Justice Tashi Rabstan; members Family Court Committee, High Court J&K, Justice Sindhu Sharma, Justice Rajnesh Oswal also spoke and gave a brief overview about the establishing of family court in J&K.
Principal District and Sessions Judge, Srinagar, Abdul Rashid Malik presented vote of thanks.
Earlier, Justice Gita Mittal inspected a Guard of Honour and also inspected various sections of the family court at District Court Complex Srinagar.
On the occasion, all the Judges of High Court of J&K, Advocate General, J&K, DC Raina, DGP, Dilbagh; Secretary Law and Parliamentary Affairs, Achal Sethi, Divisional Commissioner Kashmir, PK Pole, IGP Kashmir, Vijay Kumar; Deputy Commissioner Srinagar, Shahid Iqbal Chaudhary and Registrar General J&K attended the inaugural function via virtual mode while as Judicial Officers, Government advocates and others were also present during the event. 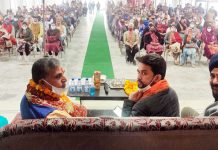 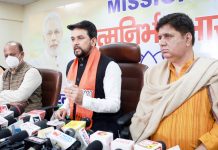 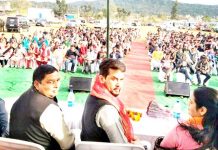 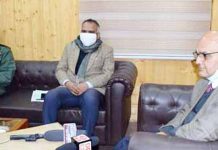 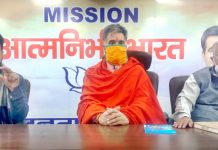 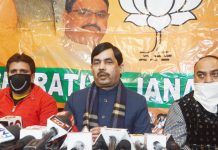 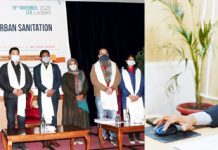 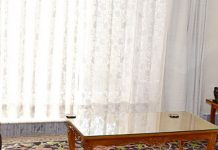 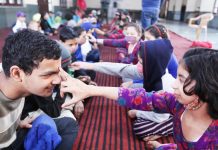 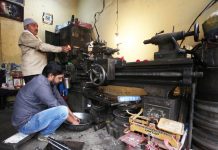 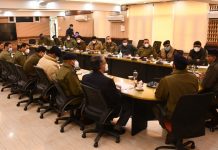