E-Paper
Home sports news Chirag-Satwik to wait for 2 weeks before deciding on attending camp in... 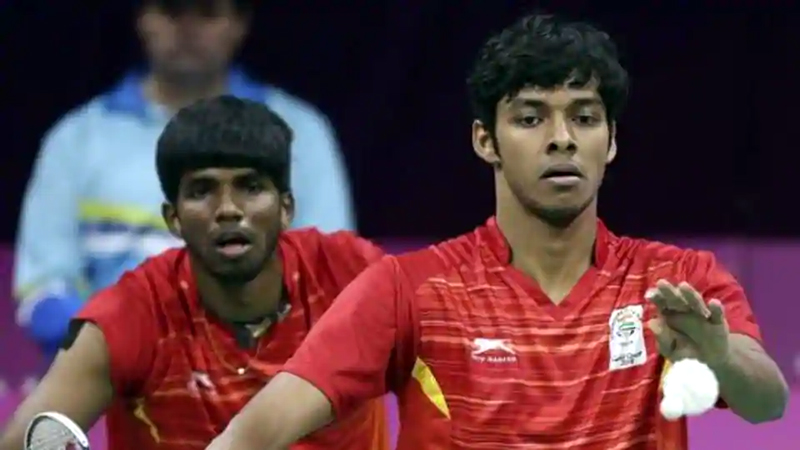 NEW DELHI, Aug 7: Wary of the COVID-19 threat, Olympic hopefuls Chirag Shetty and Satwiksairaj Rankireddy will wait for another couple of weeks before deciding on joining the national badminton camp, which resumed in Hyderabad on Friday.

The men’s doubles pair is currently apart with Shetty at his home in Mumbai and Rankireddy lodged at his base in Amalapuram in Andhra Pradesh.

“It is great to hear that the training camp has resumed but we will have to wait for a couple of weeks before we take a call on joining the camp,” the 23-year-old Shetty, who alongwith Rankireddy won the Thailand Open and finished runners-up at the French Open last year, told PTI.

World champion P V Sindhu, B Sai Praneeth and N Sikki Reddy were among the handful who hit the courts for training under strict safety protocols at the SAI Pullela Gopichand Badminton Academy in Hyderabad.

This was after the Sports Authority of India (SAI) decided to resume the national badminton camp for the eight Olympic hopefuls following Telangana government’s approval on August 1.

Shetty said the coronavirus threat is real and he would not feel safe travelling at this point. Rankireddy is based closer to Hyderabad, which is just over 450km from his home town.

“COVID cases are still increasing everyday and our families are naturally a bit worried. Travelling during this times is not safe. Also I am not sure about the quarantine rules of Hyderabad, if we need to be in self-isolation for two weeks or more,” Shetty said.

India have registered over 20 lakh COVID-19 cases with more than 41500 deaths.

The Badminton World Federation (BWF) had shut down the world tour and other sanctioned tournaments following the completion of the All-England in March due to the global health crisis.

The governing body later unveiled a revised international calendar in May but no tournament has been possible so far with four more events scheduled in September being cancelled recently.

“There is also uncertainty about the international circuit with so many events being cancelled. We don’t know if the calender will start in October,” Shetty said.

“Also, India is one of the most affected nations right now so even if the circuit resumes, whether we will be given entry to the host countries, how many days of quarantine we have to go through, these are all important questions,” he reasoned.

The Indian shuttlers have been confined to their homes since March when the COVID-19 pandemic halted all sports, including badminton, across the globe with even the Tokyo Olympics being pushed to next year.

Besides Shetty and Rankireddy, women’s doubles player Ashwini Ponappa and former world no.1 Kidambi Srikanth are also yet to return to Hyderabad to join the camp, which was earlier planned from July 1.

Sikki said Ashwini are likely to join in only after there is enough clarity about the international calender.

“There is no point for her to come now as there is no clarity about tournaments and also the quarantine rules,” Sikki said.

The 27-year-old Srikanth, who stays in Guntur, is likely to start attending the camp next week. (PTI)