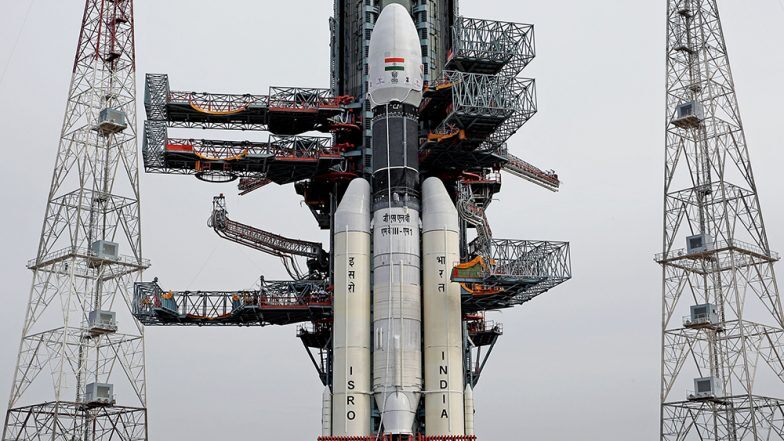 CHENNAI, July 29:
The third earth bound orbit raising manoeuver for Chandrayaan-2 spacecraft, launched on July 22 by GSLV-MkIII-M1, was performed successfully on Monday afternoon.
ISRO in an update said “the third earth bound orbit raising manoeuver for Chandryaan-2 spacecraft has been performed successfully today at 1512 hrs as planned, using the onboard propulsion system for a firing duration of 989 seconds.” The orbit achieved is 276 x 71792 km, it said.
All spacecraft parameters are normal.
The fourth orbit raising maneuver is scheduled on August two between 1400 hrs to 1500 hrs.
The first orbit raising was carried out on July 24 taking the spacecraft to a orbit of 230 X 45163 km. About 16 minutes from lift off from the Second Launch Pad from the SHAR Range, Chandrayaan?2 was placed into a highly elliptical orbit of 170 x 45,475 km. It said further major activities included Earth bound maneuvers, Trans Lunar Insertion, Lunar bound maneuvers, Vikram (Lander) Separation and Vikram Touch Down and Rover (Pragyan). Earth Bound manoeuvers commenced from Wednesday last and it would culminate into Trans Lunar Insertion planned on August 14 which will send the Chandrayaan?2 spacecraft to the Moon. “The spacecraft is scheduled to reach moon by August 20”, ISRO said. (UNI)