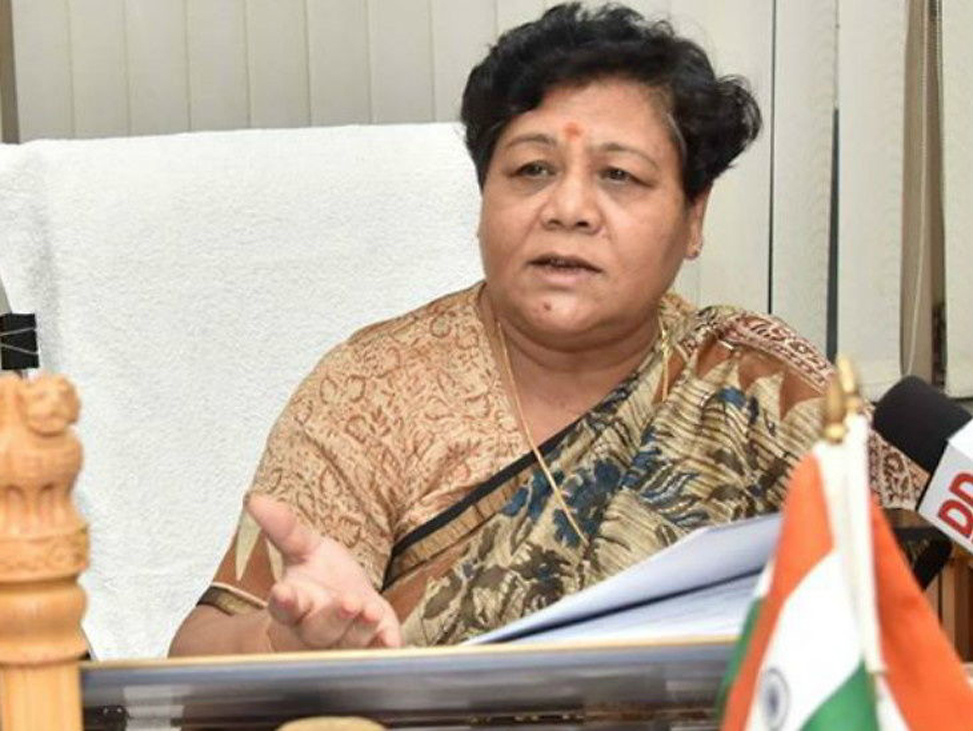 NEW DELHI, July 16:  Sitting Rajya Sabha member Anusuiya Uikey and senior BJP leader Biswa Bushan Harichandan were today appointed as Governors of Chhattisgarh and Andhra Pradesh respectively.
The files of their appointment were cleared by President Ram Nath Kovind after which a formal order was issued by the Rashtrapati Bhavan.
The post of Chhattisgarh Governor was under the additional charge of Madhya Pradesh Governor Anandiben Patel since August after the demise of Balram Das Tandon.
Hailing from Chhindwara, 62-year old Uikey, whose Rajya Sabha term was to end in 2022, has taken special interest in the delivery of justice to women, specially tribal women and solution of their problems.
She has also worked for awareness of rights of tribal women leading to their empowerment, her bio-data on the Rajya Sabha website says.
In his early 80s, Harichandan will be the 23rd Governor of Andhra Pradesh and will succeed ESL Narasimhan, who had held the gubernatorial post in various states for last 13 years which includes 10 years in Andhra Pradesh.
He had joined Bharatiya Jana Sangha in 1971 and rose within the ranks till State general secretary. He was detained during Maintenance of Internal Security Act (MISA) during Emergency.
On Monday, the Government appointed senior BJP leader Kalraj Mishra as the Governor of Himachal Pradesh, replacing Acharya Devvrat, who has been transferred and appointed as the Governor of Gujarat.
Devvrat, 60, was appointed as Governor of Himachal Pradesh in 2015. He will replace O P Kohli, who retires next Monday. (PTI)