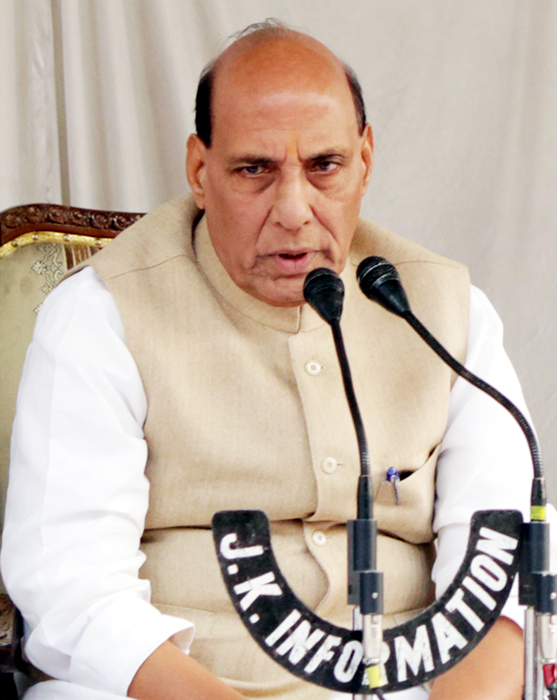 Fayaz Bukhari
SRINAGAR, Oct 23 : Union Home Minister, Rajnath Singh, today said that Centre is ready to hold talks with anyone including Pakistan but “terror and dialogue” can never go on simultaneously.
Singh, who was on a day’s visit to Kashmir to review security and development projects, told a press conference here this evening that Government has no problem in holding dialogue with anyone but clarified that “terror and dialogue” can’t go on together. “…there is a condition from outside. At least, they should see that Pakistan is sponsoring terrorism in India and promote terrorism also. Give us this much of assurance that there will not be any such attempt by Pakistan. Terror and dialogue, both, can never go (on) together,” he said.
The Home Minister said India made its efforts to establish friendly relations with Pakistan but they failed to take positive steps. “India has made full efforts on its part. Prime Minister, breaking all the protocols, went there and met Pakistan Prime Minister, met his family members. Why did he meet? Because Pakistan is a neighbour and our relations should be neighbourly. But from their side, they did not take any positive steps,” he said.