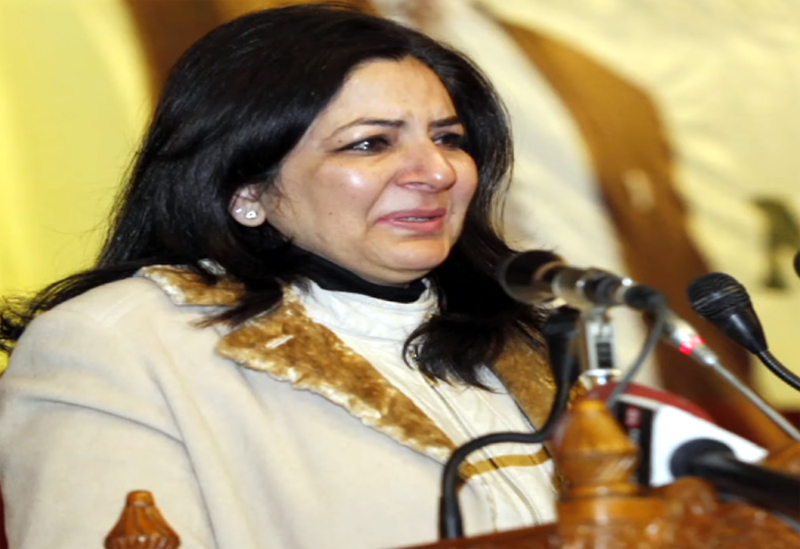 JAMMU, May 27: A special CBI court here has summoned Rubaiya Sayeed, daughter of former Jammu and Kashmir Chief Minister Mufti Mohammed Sayeed, on July 15 in a case related to her kidnapping in 1989, officials said today.
This is the first time Rubaiya Sayeed has been asked to appear in the case relating to her abduction on December 8, 1989. She was freed from captivity five days later on December 13 after the then V P Singh Government, supported by the BJP at the Centre, released five terrorists from the Jammu and Kashmir Liberation Front (JKLF) in her exchange.
Rubaiya Sayeed, who stays in Chennai, is listed as a prosecution witness by the CBI which took over the investigation in early 1990.
Yasin Malik, chief of the banned JKLF who has recently been sentenced to life imprisonment in a terror funding case, is an accused in the case.

The case had gone into virtual cold storage and was revived after Malik was picked up by the National Investigation Agency in 2019 on charges of terror funding.
In January last year, the CBI, with help from Special Public Prosecutors Monika Kohli and S K Bhat, framed charges against 10 people, including Malik, in the Rubaiya kidnapping case that turned out to be a turning point in the Valley’s volatile history. The release of the five JKLF members was seen as a morale booster for terror groups, which had started raising their heads at the time.
The CBI moved an application summoning Rubaiya Sayeed as she was listed as a prosecution witness. This was agreed to by the special court that has now ordered her to appear before it on July 15, the officials said.
Rubaiya Sayeed was kidnapped by members of JKLF members from Srinagar to ensure the release of their associates lodged in different jails.
Other charged in the case are Ali Mohammed Mir, Mohammed Zaman Mir, Iqbal Ahmad Gandroo, Javed Ahmad Mir, Mohammedd Rafiq Pahloo, Manzoor Ahmed Sofi, Wajahat Bashir, Mehraj-ud-Din Sheikh and Showkat Ahmad Bakshi.
During the investigation, accused Ali Mohammad Mir, Zaman Mir and Iqbal Gandroo voluntarily confessed before a Magistrate about his role in the Rubaiya kidnapping. Besides, four others made confessional statements before CBI’s Superintendent of Police.
“Since the accused persons besides admitting of their own guilt have also narrated about the participation of other accused persons namely Malik, Javed Ahmed Mir and Mehraj-u-Din Sheikh, which can also be used against them as one of the pieces of evidence,” the court had said in January last year.
The 10 are among the two dozen accused named by the CBI in its chargesheet filed before the court. Among the others, top JKLF commanders Mohammad Rafiq Dar and Mushtaq Ahmad Lone are dead and 12 are absconding. These are Halima, Javed Iqbal Mir, Mohammad Yaqub Pandit, Riyaz Ahmad Bhat, Khursheed Ahmad Dar, Basharat Rehman Noori, Tariq Ashraf, Shafat Ahmad Shangloo, Manzoor Ahmad, Gulam Mohammad Taploo, Abdul Majeed Bhat and Nissar Ahmad Bhat.
In March 2020, the special court framed charges against the JKLF chief and six others in another case related to the gunning down of four IAF personnel on the outskirts of Srinagar in January 1990.