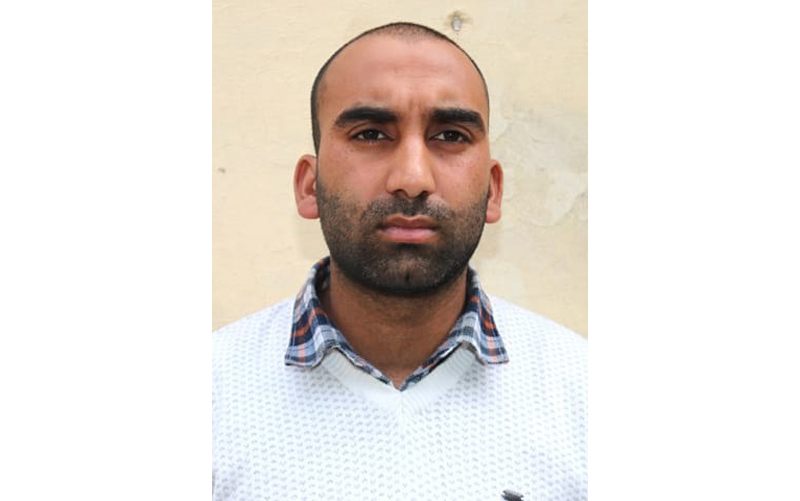 JAMMU, Mar 22: Crime Branch Jammu has arrested a fake lecturer, who was fictitiously working in the School Education Department for more than two years.
The accused, namely Arafat Ahmed Khan, son of Mohd Aslam of Baland Pur, Assar, Doda, was fictitiously working as Lecturer of Computer Science at Govt Higher Secondary School Jakyas Doda.
A case e FIR No.24/2020, U/S 465,468,471 IPC P/S Crime Branch was registered against him for his involvement in issuing forged and fictitious appointment and transfer / posting orders in School Education Department, investigation of which is under way.
The accused was not cooperating in the investigation of the case and was constantly on run by changing his locations from one place to another in both Jammu and Srinagar, to evade his arrest and face the investigation. Crime Branch Jammu vigorously contested the anticipatory bail application of the accused and got it rejected.
The case owes its origin to a communication made by Director School Education Jammu, alleging therein that while scrutiny, some fake and forged transfer/ posting orders of Lecturers, School Education Department Jammu, were detected and reported.
On this, Crime Branch Jammu initiated a preliminary enquiry and involvement of Arafat Ahmed Khan (Lecturer) was prima facie established for his role in issuing fake and fictitious orders of appointment & transfers / posting in School Education Department, which also included his own transfer from Govt HSS Jakyas, Doda to Govt GHSS Kishtwar among others. FIR was lodged and investigation of the case is under way.
The accused was arrested and produced before the court of law and his Police remand has been sought for further investigation of the case.

Make optimum use of technology for security: DGP to officers