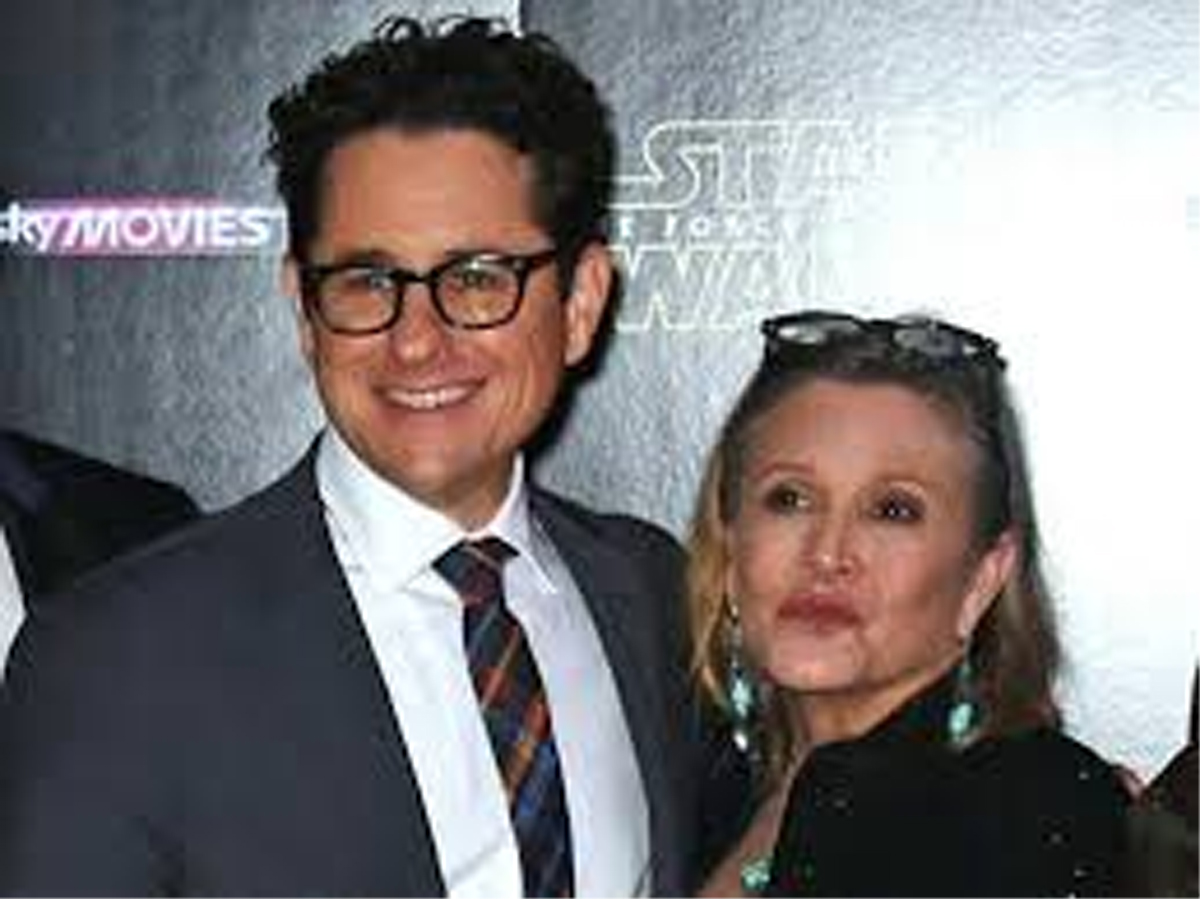 ANAHEIM (California), Aug 25:Filmmaker JJ Abrams has revealed that even before he was on board to direct “Star Wars: The Rise of Skywalker” , the late Carrie Fisher had hinted they would work again post “Star Wars: The Force Awakens”.
Speaking at the D23 Expo, where an exclusive footage from the much-awaited film was shown to the audience, Abrams opened up about working with Fisher, who portrayed Princess Leia in the franchise.
“People have asked me for many years now like what is she like? What’s Carrie like? It was always very hard to describe this. She was sort of supernaturally witty and magical in a way,” Abrams said.
The filmmaker, who first worked with Fisher on “The Force Awakens”, shared an anecdote about her.
Originally, Colin Trevorrow was going to direct “The Rise of Skywalker”, but had left the project over creative differences with Lucasfilm. Abrams then replaced him.
“I remember this thing that I had read and I actually thought I was mistaken. I went back and I looked in her last book, ‘The Princess Diarist’ where she had written, ‘Special thanks to JJ Abrams for putting up with me twice’.
“Now I had never worked with her before ‘Force Awakens’. And I wasn’t supposed to do this movie. So it was a classic Carrie thing to sort of write something like that. I couldn’t be more excited to have you see her in her final performances,” he said.
Fisher, who passed away in December 2016, will appear as Leia in “The Rise of Skywalker” after Abrams decided to incorporate the actor’s unused footage from “The Force Awakens” in the film.
“The Rise of Skywalker” follows Rey (Daisy Ridley), Poe (Oscar Isaac), Finn (John Boyega) and the Resistance as they regroup after the events of 2017’s “The Last Jedi” and fight the First Order and Kylo Ren (Adam Driver). The movie also marks the return of Mark Hamill as Luke Skywalker and Billy Dee Williams as Lando Calrissian.
At the event, the film’s cast were joined by newcomers—Keri Russell and Naomi Ackie.
Russell plays Zorii Bliss, a mysterious character, who sports a helmet and a red suit and is an old friend of Poe.
“I loved wearing the helmet. It is kind of empowering,” the “Americans” star said.
Disney has also released an official poster of the film, which promises a thrilling and action-packed showdown between Rey and Kylo Ren.
In the backdrop, there is a mysterious figure which on a closer look turns out to be evil Sith Lord, Palpatine.
“The Rise of Skywalker” will hit the theatres worldwide on December 20 this year. (PTI)