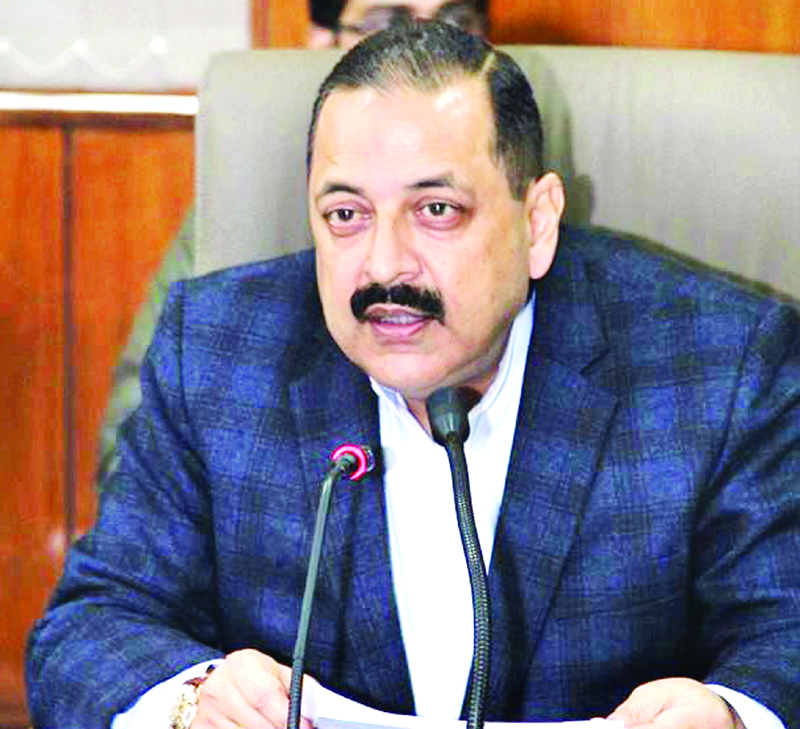 Excelsior Correspondent
NEW DELHI, Feb 1: The Union Budget of 2020-21 presented by Finance Minister Nirmala Sitharaman highlights the DoPT (Department of Personnel & Training) proposal for Common Recruitment Eligibility Test through an independent professional and specialist “National Recruitment Agency” (NRA).
Sharing details with the media, Union Minister Dr Jitendra Singh, who is also Minister In-Charge DoPT, disclosed that NRA envisaged by the DoPT is proposed to conduct computer based On-line Common Eligibility Test (CET) for recruitment. In order to make it convenient and easily available to every section of society, particularly the youth, a test centre will be set up in every district of the country, particularly in Aspirational Districts, he said.
Elaborating further, Dr Jitendra Singh said, the idea to set up a multi agency body to conduct Common Eligibility Test is to shortlist candidates for appointment to subordinate posts and non-gazetted posts. This, he said, will put an end to inconvenience and hardship to the candidates seeking govt jobs because, as of now, they have to appear in separate examinations conducted my multiple recruitment agencies for various posts, at different times and different places.
The multiple recruitment examinations are a burden on the candidates as also the respective recruiting agencies. It is, therefore, proposed to introduce a Common Eligibility Test to shortlist candidates for vacancies for Group-B non-gazetted posts which are exempted consultation from Union Public Service Commission (UPSC) and Group-C posts in the government and equivalent levels through a computer based on-line examination.
In addition to cutting on the cost and inconvenience to both, on the part of aspiring candidates as well as the government, the CET through NRA is also expected to improve access by the rural candidates when the test centres are set up in each of the districts, particularly in Aspirational Districts. This will also reduce the time consumed in the selection process.
The score obtained by the candidate in the CET will be made available to him as well as individual recruiting agency. The score will be valid for a period of three years and the candidate can suitably seek to find a slot wherever vacancy is available and he qualifies for it.
Result of the proposed CET can also be shared with the private sector for consideration of job placements to eligible placements.