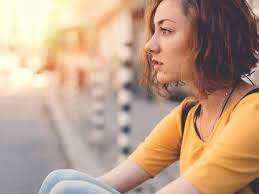 Melbourne, Dec 14:For nearly two-thirds of women, menopause comes with an undesirable change in memory.
Despite great progress in understanding the medical aspects of menopause – a natural part of life that occurs when a woman has not had a menstrual period for 12 months – we are only beginning to recognise the experience and impact of cognitive changes during menopause.
In most cases, it appears cognitive changes – that is, problems with thinking, reasoning or remembering – during menopause are subtle and possibly temporary.
But for some women, these difficulties can negatively impact work productivity. And for others, they can raise concerns about developing dementia.
Menopause marks the end of reproductive years. It can happen naturally, at an average age of 49 years, when the hairlike follicles in the ovaries are exhausted. Menopause can also happen surgically, with the removal of both ovaries (for example to reduce the risk of ovarian cancer).
The change from reproductive to postmenopausal years, referred to as “perimenopause” usually lasts four to ten years.
The symptoms of menopause, which can include vasomotor symptoms (hot flashes and night sweats), vaginal dryness, sleep disturbance, depression, anxiety and “brain fog” can span perimenopause and last for up to ten years.
Just over 60 per cent of women report cognitive difficulties during their menopause transition.
Women describe difficulties remembering people’s names or finding the right word in conversation.
Some describe difficulties with concentrating or making decisions. As discussed in our recent review, these “subjective cognitive difficulties” appear to be linked to performance on tests of memory, recall and processing.
Difficulties on tests of verbal memory (learning and remembering information new words you have heard), verbal fluency (quickly retrieving words from your memory) and attention are seen in perimenopausal women.
While the degree of cognitive decline is subtle and performance generally remains within the normal limits of functioning, the symptoms can be bothersome for the individual.
For many women, menopause coincides with the prime of their productive lives, when the load of caring for young children has eased and they’ve garnered experience and seniority in the workplace.
There is growing interest in the impact of menopausal symptoms in the workplace. Research suggests menopause symptoms can adversely affect work productivity and work satisfaction.
Contributing factors include poor concentration and poor memory. The retention of menopausal female workers is important, for women themselves, but also to ensure we continue to strive for workforce diversity within our modern workforce.
“Brain fog” is not a medical or psychological term, but a lay term that aptly describes the fogginess in thought experienced by many women during menopause.
Menopause related cognitive changes are not just age-related cognitive decline. Rather, fluctuating and eventual decline of ovarian hormone production associated with menopause is likely to play a key role.
Hormones produced by the ovaries, estradiol (a type of estrogen) and progesterone, are potent brain chemicals that are thought to protect the brain and enhance thinking and memory. The fluctuations and eventual loss of estradiol has been suggested to contribute to cognitive difficulties.
Cognitive symptoms can occur in the absence of other menopausal symptoms. This means other menopausal symptoms are not responsible for cognitive symptoms. However, menopause related depressive and anxiety symptoms, sleep disturbance and vasomotor symptoms may make cognitive symptoms worse.
Alzheimer’s disease is the most common form of dementia and being female is a risk factor. The greater longevity of women does not explain this increased risk.
Instead, the loss of estradiol associated with menopause has been suggested to play a role.
Early menopause, such as surgical menopause before the age of 45 years, has been associated with an increased risk of dementia later in life as well as a faster rate of cognitive decline.
Because similar symptoms may present during menopause and the early stages of Alzheimer’s disease (forgetfulness and word-finding difficulties) perimenopausal women can become concerned about dementia.
Women should be reassured that dementia that begins before age 65 – called young onset dementia – is not common (unless there is a family history of early-onset dementia).
Forgetfulness and other cognitive difficulties during the menopausal transition are common and a normal part of menopause.
Although fluctuations and an eventual decline in estrogen play a role in cognitive difficulties, the use of hormone therapy does not appear to have a clear benefit on cognitive function (but evidence remains limited).
More research is needed to determine whether lifestyle factors can help menopausal brain fog. We do know exercise can improve cognition during midlife, mindfulness and meditation may be helpful.
At Monash University, we are currently conducting an online survey for women aged 45 to 60 to better understand cognitive symptoms during menopause.
Avoiding illicit drugs, prescription medication overuse, smoking and excessive alcohol may be protective.
A diet that includes plant-based unprocessed foods (such as a Mediterranean diet), close social bonds and engagement, and a higher level of education have been broadly linked to better cognitive functioning during later life. (The Conversation)
(AGENCIES)