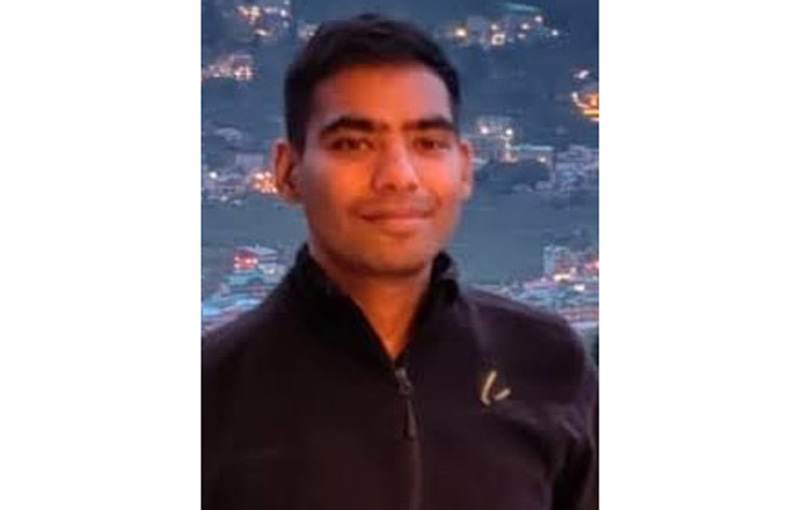 Excelsior Correspondent
JAMMU, Oct 17: The body of a co-pilot of an Army helicopter that crashed and sank into Ranjit Sagar Dam at Basohli in Kathua district on August 3, this year was recovered from the dam today ending nearly two-and-a-half-month-long search for him, officials said.
The mortal remains of Captain Jayant Joshi were fished out from the dam around 2 pm in one of the longest search operations in recent history and were later taken to Pathankot Military Station, a police official said.

Click here to watch video
The Army aviation squadron’s Rudra helicopter had taken off from Mamun Military Station near Pathankot and crashed into the lake during a routine sortie on August 3.
After a hectic rescue and search operation, the body of Lt Col Abheet Singh Baath — Pilot of the helicopter — was retrieved from the dam on August 15.
“Persistent efforts by Indian Army and Navy for 75 days which were going on day and night to recover the body of Captain Joshi have finally succeeded and body has been recovered from the lake bed using hi-tech equipment,” Jammu-based defence spokesman Lt Col Devender Anand said.
He said due to the vast expanse and depth of the dam, the search and rescue team was using state of the art multi beam sonar equipment to scan the lake bed and based on the inputs received, the remotely operated vehicle having robotic arm along with the professional divers was launched to search the area.
“During similar search, body of Captain Joshi was detected at a depth of 65-70 meters and immediately the ROV was launched to recover the body. The body, after local medical examination, was evacuated to military hospital Pathankot for further examination,” the spokesman said.
He said the Indian Armed Forces once again demonstrate its resolve towards its soldiers and took all possible actions to recover the body of Captain Joshi, a young pilot who made the supreme sacrifice in the line of duty.
“Indian Army stands shoulder to shoulder with the family of Captain Joshi during this hour of grief,” the spokesman said.
The longest search operation saw the deployment of experts and all types of equipment belonging to the Army, Navy, Air Force, NDRF, SDRF, J-K Police, dam authority and private firms from across the country to locate the wreckage of the crashed helicopter and retrieve the bodies, the officials said.
Heavy machinery and submarine rescue units were also flown in, while specialised divers from the Navy and the Army Special Forces worked in tandem during the prolonged operation which was challenging due to the near-zero visibility in the reservoir because of the colloidal nature of its water.
The agencies concerned also employed specialised machines, including multibeam sonars, side scanners, remotely operated vehicles and underwater manipulators flown in from Chandigarh, Delhi, Mumbai and Kochi during the operation, the officials said.