Bhatia for strengthening of nationalist forces

Excelsior Correspondent
JAMMU, Nov 21: Union Minster of State (MoS), for Finance and Election Incharge J&K, Anurag Thakur, today said BJP’s victory in District Development Committee (DDC) election is must for development of the UT and to defeat the agents of Pakistan and China in their evil designs.
While addressing series of meetings of senior party leaders, corporators, Prabharis at BJP Headquarter, Trikuta Nagar, here, today he focused on the different facets of elections and cautioned the people against the evil designs of agents of Pakistan and China.
J&K BJP president, Ravinder Raina and BJP general secretary (Org.), Ashok Kaul also addressed the meetings which focused on the preparations of DDC elections in Jammu and Kashmir.
Anurag Thakur, while addressing the meeting said that these elections will be fought on issue of nationalism versus those who bank upon support of Pakistan and China. He stressed on the need to take the achievements of Modi Government to the common masses. He said that policies and schemes of Modi Government have transformed life by benefitting every individual and the party activists need to take these achievements to masses aggressively.
He said that it is totally unfortunate that the political parties are delivering statements in the support of Pakistan and China and it is high time for the people to show unity and defeat their designs. He stressed that it is duty of BJP activists to ensure that these divisive forces are taught a lesson in these elections and no person dares to speak against ‘Tiranga’ or in favour of Pakistan and China.
Ravinder Raina said that NC, PDP and Congress the main constituents of Gupkar have always promoted secessionism and separatism in the region. He said that after 70 years, J&K has witnessed a time when there is ground work on development and empowerment for every common person. He urged the party men to expose Gupkar Gang before the masses.
Ashok Kaul in his address discussed the organizational matters pertaining to the elections in detail with the party leaders. He asked all the leaders to ensure the formation of teams of dedicated activists at every level to approach every individual voter.
Later Anurag Thakur called on Mahant Bachittar Singh and he was accompanied by party general secretary, Dr D K Manyal, its chief spokesperson, Sunil Sethi and programme incharge Ajay Pargal.
Meanwhile, BJP MP from Karnal, Haryana, Sanjay Bhatia who is camping in Kathua held series of meetings with party activists in various areas today and devised the strategy of ongoing elections. The meetings were held at Chajta, Dayala Chak, Dalli, Bano Chak and Chan Morian.
In his address he said it is duty of us all to strengthen the nationalist elements to defeat those forces who are trying restoration of the controversial article 370 and 35 -A which distanced the people of erstwhile State from rest of country and deprived them of the benefits of grass root democracy and other pro people decisions taken by Union Government from time to time.
The meetings among others were addressed by former Minister, Rajiv Jasrotia,councillor Prem Nath Dogra and district vice president Asha Anand Khajuria. 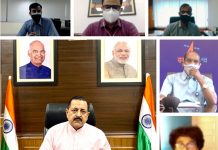 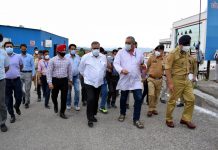 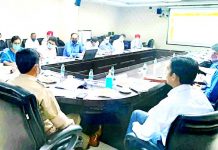 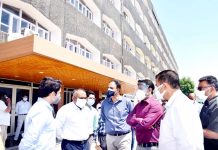 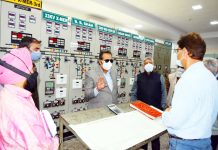 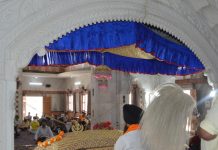 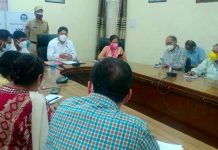 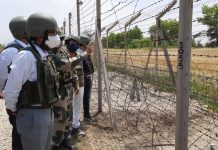 Harvesting of wheat along Zero Line after 18 years 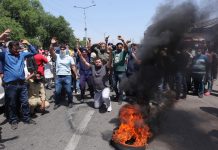 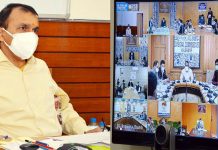 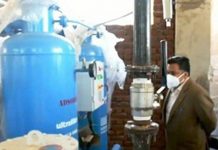 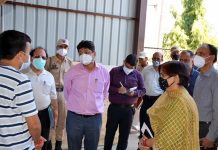