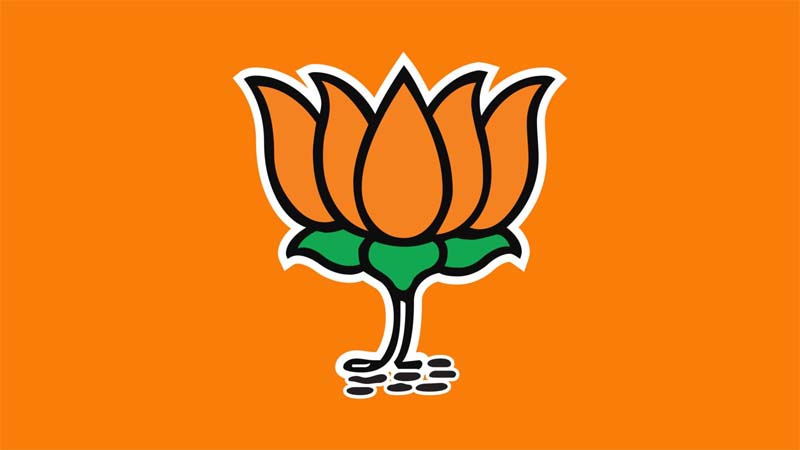 JAMMU, Sept 12: As a run up to the forthcoming Assembly elections which party is of the opinion can be announced any time in future, Bharatiya Janata Party (BJP) today decided to intensify its organizational activities in both regions of Jammu and Kashmir and take the Narendra Modi Government’s policies and programmes to every nook and corner of the UT.
This was stated by party J&K UT president, Ravinder Raina while addressing the BJP Core Group meeting here, this evening. The meeting besides, the Core Group members of the party from UT was also attended by BJP’s co incharge J&K Ashish Sood. Union Minister, Dr Jitendra Singh who is also the Core Group member, however, could not attend it due to his preoccupation with his official activities.
The other Core Group members who were present in the meeting included Ashok Koul, BJP general secretary (Org), Jugal Kishore Sharma, MP, Dr Narender Singh, national secretary of the party, Kavinder Gupta, former Deputy CM, Sat Sharma former Minister, party general secretaries, Dr D K Manyal, Vibodh Gupta and Sunil Sharma, former Minister, Shakti Parihar, senior party leader and ex-MLA Devender Singh Rana, chief spokesperson of the party , Sunil Sethi, senior leader, Dr Darkshan Andrabi and party spokesperson, G L Raina.
The Core Group, while discussing prevailing political situation in the UT and the organizational matters stressed on intensifying the activities in both regions of the UT and countering the opposition parties’ malicious and misinformation propaganda against non local voters with full force in entire UT.
The meeting, while discussing the fortnight programmes in connection with Sewa Pakhwada starting from September 17 on Prime Minister, Narendra Modi’s birthday said that various programmes like blood donation camps, cleanliness drives, plantation drives, medical checkup camps and public outreach programmes like other parts of country will also be held during the fortnight. The Sewa Pakhwada will culminate on Gandhi Jayanti and birthday of former Prime Minister, Lal Bahadur Shastri falling on October 2 while the birthday of former Jana Sangh president, Deen Dayal Upadhyay will fall on September 25.
The meeting also took stock of the recent party programmes held in far flung areas of Bandipora and Gurez and it was decided to hold such programmes in other far-flung areas of Valley too as Modi Government has made a commitment to reach out to those areas of the country which were hitherto neglected.
The meeting also discussed the formation of new party booths and Mandals in the newly carved out Assembly segments with the delimitation of constituencies in the UT. It was stressed that the work in this regard should be intensified henceforth all over the UT.
The meeting which took serious note of the role of People’s Alliance of Gupkar Declaration (PAGD) and lambasted its leadership of opposing the grant of voting rights to non locals and made it clear that in entire country only one voting right pattern will persist in accordance with People’s Representation Act of 1951.
Party president Ravinder Raina, while taking a dig at Gupkar leadership accused them of misleading the people of J&K on this account. He said that the People’s Representation Act of 1951 which was not earlier implanted in the J&K will be now enforced in letter and spirit and no power on earth can stop its implementation in the UT.
He, while criticizing the statement of NC patriarch, Dr Farooq Abdullah asked why the law passed by Dr Abdullah in Parliament can’t be implemented in J&K? There should be one rule in the entire country.
Raina, while asking party men to strongly and forcefully defend the voting rights for non locals said why Valmiki Samaj and Gorkhas will be deprived of this right who are residing in the UT for seven decades now. These communities are entitled to vote in J&K and BJP solidly stands behind them. He said if they are not given the right to vote what was the fun of annulling Article 370 of the Constitution.
Meanwhile, Dr Jitendra Singh who could not attend the Core Group meeting due to his preoccupation with official work has informed the Party about his scheduled programme of Sewa Pakhwada starting from September 17. He will attend a programme Swachh Sagar, Surakshit Sagar at Mumbai on September 17 while on September 27 he will attend a full day programme with war widows and participate in blood donation camp at New Delhi. On September 30, he will participate in Science Mela with Bharatiya Shiksha Samiti at Ved Mandir, Jammu and on the same day he will participate in Science Exhibition with CSIR at Ghati Kathua. On October 1, he will participate in plantation drive held at Devika Udhampur.