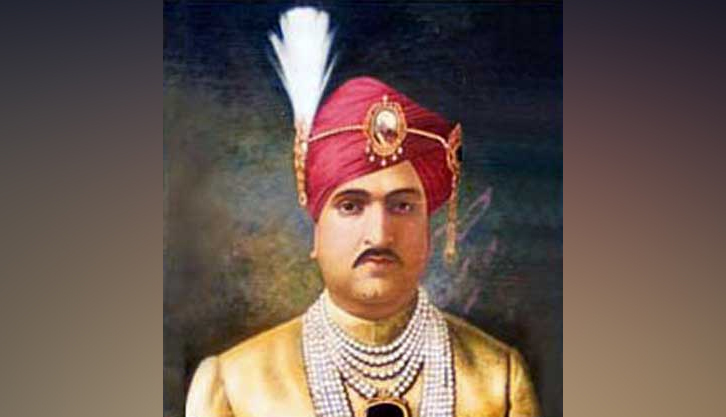 Call it momentous, historic, notable or significant a decision to declare by the UT government the birthday of the last Dogra Ruler of Jammu and Kashmir, Gilgit, Baltistan etc – Maharaja Hari Singh – the aspirations of hundreds of thousands of people have, at last, been fulfilled. It is an admitted fact, therefore, that the emotional attachment of the general public with the cause has been accorded due regard and thus finally addressed though very unfortunately it took a long period of seven decades. As it is said that ‘better late than never’ people, therefore, have reasons to celebrate as they did immediately on hearing the news by distributing sweets, dancing on streets and mohalla nukars and congratulating one another and thus feeling that their stand on the issue having finally been vindicated.
Declaring a public holiday on the birthday of the Maharaja is an emotive tribute to the great soul who continues to rule the hearts of the people of Jammu and Kashmir across any caste lines. It is also the result of a continuous struggle on the just and genuine issue by the general public, trade and commercial establishments, social and cultural organisations, professionals, students etc especially in the entire Jammu region. They feel having finally been ”heard” though belatedly depending upon the presentation of the genuine issue compendiously. September 23, his birthday which is fast approaching, therefore, is expectedly to be a great event looking to how people received and reacted to the news which they were craving for years in a row. Maharaja otherwise, has attained immortality by taking the historic decision of acceding to the Union of India on October 26, 1947 when tribal hordes supported by Pakistan had attacked the princely state. Had he not done so, hypothetically speaking, the imagination of what would have been the fate of existing Jammu and Kashmir sends shivers down one’s spine.
Needless to add, turning back the pages of the history of the political climate of Jammu and Kashmir wherein post accession to the Union of India , it can be fairly admitted that he was subjected to sheer injustice and neglect inconsistent with his status and levels of contribution to the welfare of the then state and even conditions created for his virtual exile. He passed away at the age of just 60 years far from his dearest Jammu and Kashmir in the then Bombay ( Mumbai) in Maharashtra on April 26, 1961 as if the indifference, inattention and sheer casualness shown to him by those in power (then) in the state and more particularly at the centre for no fault of his, had hastened his death. Such a policy adopted towards him may be termed as unwarranted, biased and unjustified. However, the evolution of recording historical events are bound to be subjected to austere principles of probity and facts thus distortions are bound to be reversed. India, currently undergoing a sort of renaissance of various hues wherein historical errors deliberately made and circulated are bound to be set right steadily.
In that perspective, the enlightened, thinker ahead of his times, a reformist, a spreader of education- building schools and colleges, he is the one who shall be remembered for making primary education compulsory for all his subjects especially in rural areas of the state. The just Ruler Maharaja Hari Singh shall be remembered for the Agricultural Reforms of 1926 and shall find his position and stand fully elevated. His way of ruling, his staunch belief in treating everyone on equal footing, no discrimination on the grounds of religion, caste, region or gender shall accord to him his rightful place in the annals of history. He will be remembered for abolishing the practice of forced labour. He led a campaign against illiteracy and the state was one of the few in the country where 4000 adult literacy centres were opened. Verily, Lieutenant Governor Manoj Sinha termed the public holiday on his birthday as a “befitting tribute” to the Maharaja. We thus feel Dogra pride has got a shot in the arm.