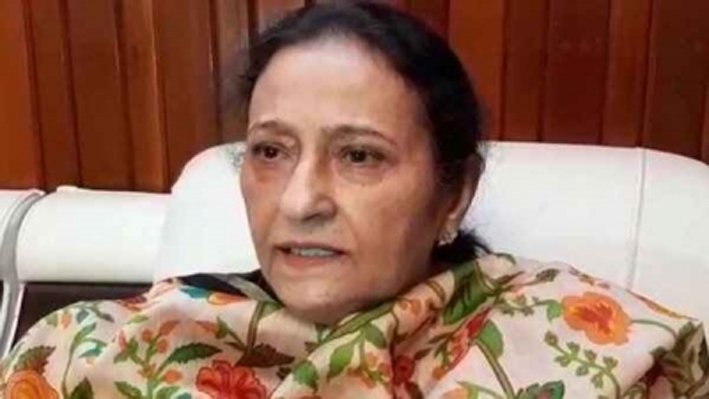 LUCKNOW, Feb 26:
Samajwadi Party MP Azam Khan, his legislator-wife Tazeen Fatma and MLA-son Abdullah Azam surrendered before a Rampur court today and were sent to judicial custody over Abdullah’s allegedly fake birth certificate.
Rampur Superintendent of Police Santosh Kumar Mishra said that the three Khan family members have been remanded in custody till March 2.
The case relates to two birth certificates for Abdullah Azam, who allegedly also gave a wrong date of birth while filing his nomination papers for the Assembly elections in 2017.
Abdullah’s election was set aside by the Allahabad High Court last December. He then approached the Supreme Court, which is still hearing the case.
Rampur’s Additional District Judge Dhirendra Kumar on Monday had rejected an anticipatory bail plea filed by the family and issued non-bailable warrants and a notice for attaching their property.
Today, the three family members surrendered before the court, which sent them to judicial custody.
Without questioning the judge’s ruling, SP president Akhilesh Yadav suggested that the BJP Government was indulging in vendetta against the politician.
A Rampur BJP leader Akash Saxena had lodged an FIR at Gang police station on January 3, 2019 alleging fraud related to Abdullah Azam’s two birth certificates. In April, police filed the charge sheet in court.
It alleged that Azam Khan’s son also had two passports and two PAN cards.
In one birth certificate, issued by the Rampur municipality, Abdullah’s birth date was mentioned as January 1, 1993. The other certificate said he was born in Lucknow on September 30, 1990, according to the charge against him.
A case was also registered against Azam Khan and his wife as they had submitted an affidavit testifying their son’s second birth certificate.
Azam Khan represents Rampur in the Lok Sabha and his wife is an MLA from the Rampur Assembly seat. Their son Abdullah won from the Suar assembly segment in 2017.
The Allahabad High Court set aside Abdullah’s election last December on a plea by defeated BSP candidate Kazim Ali Khan that the SP candidate was under 25 when he filed his nomination papers in 2017. Abdullah Azam allegedly used fake documents to claim that he had reached the age to contest the polls. (PTI)