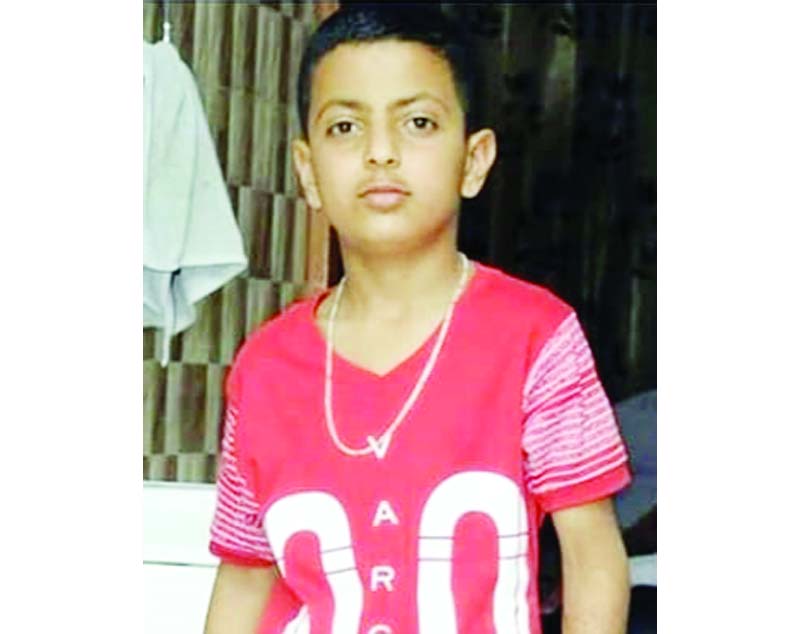 Excelsior Correspondent
JAMMU, May 8: In what can be called a sensational crime, the 5th standard Army School Kaluchak boy, who was kidnapped by unidentified persons two days back, was recovered from Chowadi area this morning.
Inspector General of Police, Jammu, M K Sinha while confirming recovery of the boy told Excelsior that one of the accused has been arrested.
However, he refused to divulge more details saying the police is on the job and investigations are on.
Sources said as per preliminary investigations, five accused were involved in the kidnapping case of the boy Anirudh Sharma, out of them four were from Jammu province while fifth was from outside the State.
Sources said the arrested kidnapper has been put to sustained questioning by the police to reveal about the hideouts of his associates who are still at large. The police is also investigating that whether any ransom has been paid by the family to kidnappers in lieu of release of the boy or not. Police is trying to ascertain the facts about the same, sources added.
Sources said that the searches are being conducted at different places and investigation is on to arrest the absconding kidnappers but the police does not want to divulge details in this regard as it will hamper the investigations.
Sources said that the boy was found in the Chowadi area on outskirts of Jammu early this morning by a religious person. The boy was in a frightened condition and wanted to know about the way to his home, sources added.
In a choked voice the boy narrated the tale to the person who contacted the police and his family members and handed over him to police.
The relatives of the kidnapped boy on the condition of anonymity said that the boy has been reunited with the family this morning and he was recovered from Chowadi area. They said he was frightened and bemoaned. He wept bitterly after seeing his parents who heaved a sigh of relief after being united with their child.
It may be recalled that Anirudh Sharma, a Class V student of Army School, Kaluchak, was kidnapped from outside his house in Bari Brahmana of Samba district on Monday, shortly after he was dropped by his school van.
A complaint in this regard was filed by his father Jagdish Sharma, a retired army captain in Bari Brahmana Police Station soon after the incident.
As soon as he was dropped by the school van in his lane, unidentified men travelling in a red colour van, abducted him.
The kidnappers later called his father and demanded a ransom of Rs one crore following which he lodged a complaint with the police and subsequently the investigation was started.
However the motive behind the kidnapping is not yet known and police is still investigating the matter.
Panic had gripped the entire area especially the parents of school going children since the last two days after the kidnapping of the boy as the people were perturbed about security of their children.