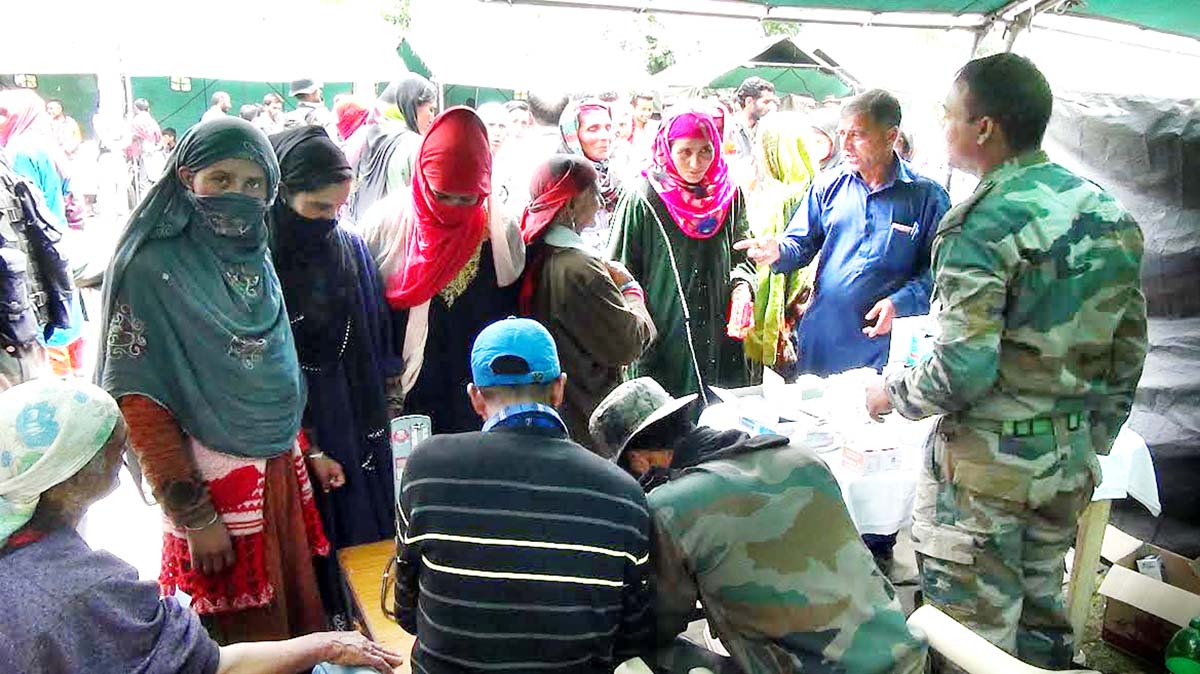 Excelsior Correspondent
RAMBAN, July 8: Army organized a medical camp in village Mahu area of Khari tehsil here.
The medical camp was organized to provide medical facilities to the local population including men, women and children of nearby villages. During the camp, the special emphasis was given on Gujjar and Bakarwal residing on higher reaches.
A medical team comprising of two Army Medical Officers including one lady doctor for treating women along with three civil doctors along with paramedical staff from Army and civil treated hundreds of people including ladies and children during the day long camp.
The medical team provided free medical aid and medicines to the residents.
The camp was organized as a humanitarian initiative by Army under Operation Sadbhavana which brought the much needed medical requirement at the doorstep of villagers of Khari tehsil.