MUMBAI : Director Anurag Kashyap, who has been accused of sexual misconduct by actor Payal Ghosh, on Monday once again denied the allegations against him and said he intends to pursue “remedies in law” to the “fullest extent”.
Issuing a statement through his lawyer, Kashyap also said it was sad that a movement as important as the #MeToo one had been co-opted by vested interests and reduced to a “mere tool for character assassination”.
On Saturday, Ghosh claimed on Twitter that the “Gangs of Wasseypur” director was sexually inappropriate with her, an allegation he described as “baseless”. Kashyap, who has been backed by his former wives Arti Bajaj and Kalki Koechlin, also said it was an attempt to silence him.        On Monday, the 48-year-old director spoke through his lawyer Priyanka Khimani.
“My client, Anurag Kashyap, has been deeply pained by the false allegations of sexual misconduct that have recently surfaced against him. These allegations are completely false, malicious and dishonest…”
Calling Ghosh’s allegations fictitious, Khimani added that they seriously undermine the #MeToo movement and seek to unconscionably trade upon the pain and trauma of actual victims of sexual harassment and abuse.
“My client has been fully advised of his rights and remedies in law and intends to pursue them to the fullest extent,” the statement added.
“You have fought for the freedom of women in your scripts, you’ve defended their integrity in your professional space as well as in your personal life. I have been witness to it, in the personal and professional  space you have always seen me as your equal, you have stood up for my integrity even after our divorce, and you have supported me when I felt unsafe in a work environment even before we got together,” she wrote in a long post on Instagram.
The actor, who worked with Kashyap in several films, including “Dev D”, said there was a place of dignity beyond the virtual blood bath.
“Hang on to that dignity, stay strong and keep doing the work you do. Love from an ex wife,” she added.
Bajaj also shared a statement on Sunday to support the director.
“First wife here… You are a rockstar @anuragkashyap10. Keep empowering women as you do and the safest place you create for all of them.
“…. Cheapest stunt I have seen till now. First it made me angry, then I laughed so hard as it cannot come more framed than this. I am sorry that you have to go through this. That’s the level of them. You stay high and keep using your voice. We love you,” Bajaj, a film editor, wrote on Instagram.  (AGENCIES) 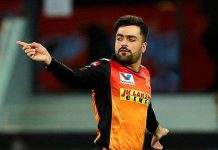 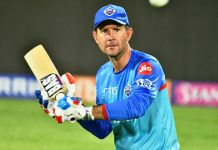