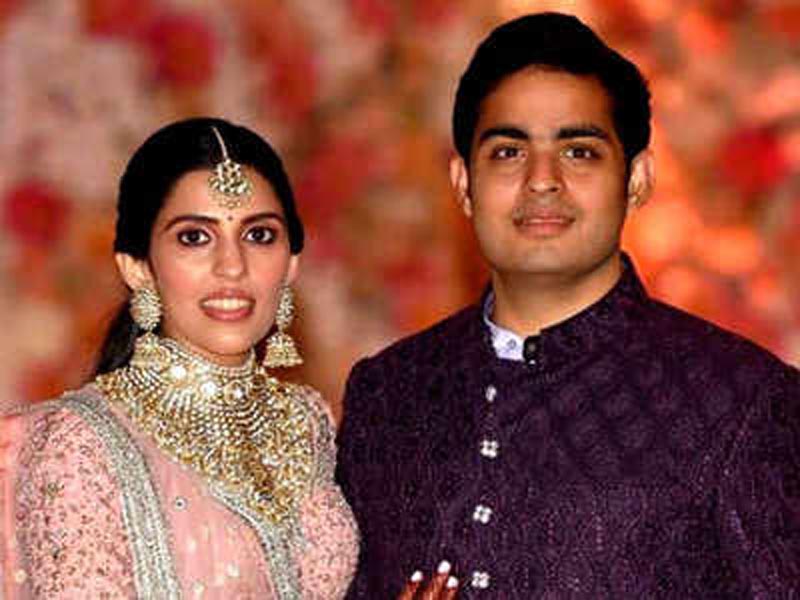 The wedding took place at the country’s largest corporate house’s newly constructed convention centre in the Bandra Kurla Complex, a stone’s throw distance away from a school run by the Ambani family, where Akash and Shloka had studied together.

A concourse inside the ‘Jio World Centre’ hosted the baraat (wedding procession), which had Bollywood composers Vishal and Shekhar dishing out foot-tapping numbers.

Akash, his mother Nita, Bollywood personalities Shahrukh Khan, Ranbir Kapoor, Congress leader Rajiv Shukla, among others were seen shaking a leg, according to pictures doing the rounds on social media.

The pre-wedding festivities lasted till about 8.15pm, after which the marriage ceremony began at an exquisitely decorated hall, sources said.

An elaborate spread featuring world cuisines has been prepared for the wedding, the second in the Ambani family after the December wedding of daughter Isha to Anand Piramal’s son Anant. (AGENCIES)