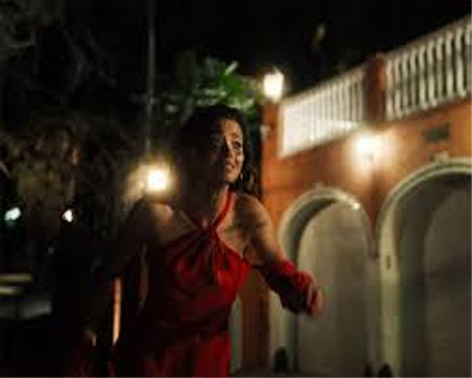 Los Angeles, May 28: Blumhouse’s horror thriller “Run Sweetheart Run” is the latest project set to skip theatres as the film has been acquired by Amazon Studios for a direct digital release.
The movie, written and directed by Shana Feste, premiered earlier this year at the Sundance Film Festival and was set to be shown at SXSW festival before it was cancelled, reported Variety.
It features “Charlie’s Angels” actor Ella Balinska and “Game of Thrones” star Pilou Asbaek in the lead.
Aml Ameen, Dayo Okeniyi, Betsy Brandt, Clark Gregg and Shohreh Aghdashloo also star.
The story is about a single mother (Balinska) who goes on a blind date that turns violent and has to get home on foot through Los Angeles as she’s pursued by her date (Asbaek).
Amazon had previously acquired the STX action-comedy “My Spy”, featuring Dave Bautista, after the movie’s theatrical release was pushed due to the coronavirus pandemic.
Several other high-profile studios have also acquired movies for streaming, which includes Paramount selling Kumail Nanjiani and Issa Rae-starrer “The Lovebirds” to Netflix.
Sony recently decided to release Tom Hanks-starrer “Greyhound” at Apple, while Warner Bros’ upcoming teen drama “Clouds” is moving to Disney Plus. (PTI)