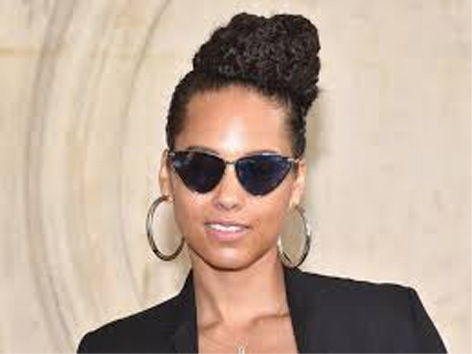 Los Angeles, Aug 12: Singer Alicia Keys will serve as a producer on Netflix’s upcoming romantic comedy.
The yet-to-be-titled movie will feature actors Christina Milian, Jay Pharoah, and Sinqua Walls in the lead, reported Deadline.
Steven Tsuchida, who has helmed episodes for “Dear White People”, “Younger” and “On My Block”, will direct the movie from a script by Dana Schmalenberg and Rheeqrheeq Chainey.
The story is about an aspiring pop star, Erica who ends up as the entertainment at her ex-fiance’s wedding after reluctantly taking a gig at a luxurious island resort while in the wake of a music career meltdown.
She tries to keep their past relationship a secret from his bride-to-be Beverly, but Erica rediscovers her feelings for her ex, Jason, despite his brother Caleb’s attempts to keep them from falling back in love.
Keys will produce the movie through her AK Worldwide alongside Maggie Malina for The Malina Yarn Company, and Jeremy Kipp Walker for Story Ink.
The singer had previously served as a producer on Netflix movie “Work It”. (PTI)