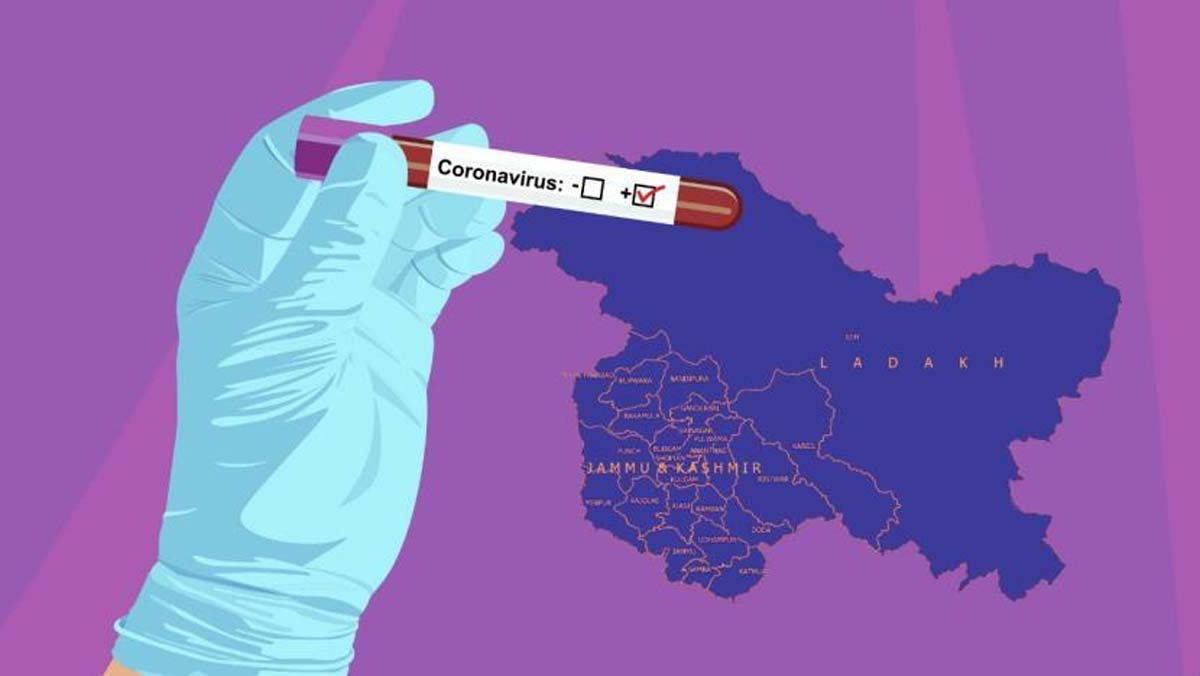 JAMMU, Sept 28: Eleven persons including an Assistant Director of Agriculture Department, a 24-year-old girl and a pregnant woman were among latest victims of Coronavirus in Jammu region, the highest, as usual, being seven in Jammu district while 540 new cases were reported today, 337 of them in Jammu district alone including 24 more prisoners from the District Jail Kathua which has taken total number of positive detenues to 44.
A 24-year-old girl from Roop Nagar in Jammu district, who was suffering from seizure disorder with hypertension and chronic kidney failure and was positive for COVID-19 died in the GMC Jammu today. A 40-year-old woman from Kullian in RS Pura tehsil who had twin pregnancy and severe anemia also died in the GMC Jammu. She had tested positive during the treatment.
An Assistant Director of Agriculture Department hailing from Sailan Talab in Udhampur district died of the virus in the GMC Jammu today. He was scheduled to retire from the Government services next month.
Two 60-year-old men from Qasim Nagar and Jewel Chowk, a 66-year-old woman from Shastri Nagar, 61-year-old female from Ustaad Mohalla and 60-year-old woman from Kunjwani, who had ailments and COVID, also died in the GMC today.
A 65-year-old male from Pogal Paristan presently putting up at Chandrog in Ramban district succumbed to the virus in the GMC Jammu.
A 70-year-old man from Munshi Mohalla in Doda district and 73-year-old from Kehli Mandi Samba died of co-morbidities and virus at GMC Doda and home respectively.
With today’s 11 casualties, Corona toll in Jammu region has gone up to 320 including 174 in Jammu district, 30 Rajouri, 27 Doda, 21 Kathua, 20 Samba, 15 Udhampur, 12 Poonch, nine Ramban, seven Kishtwar and five in Reasi district.
Jammu district today reported 337 new cases, 305 of them locals and 32 travelers.
Ninety seven persons tested positive for COVID-19 in Jammu district in Rapid Antigen Testing (RAT). They include three from Akhnoor, two each Bishnah and Dansal, eight Kot Bhalwal, three Marh and four each at RS Pura and Sohanjana.
Among 37 positive cases in Kathua district, 24 were prisoners from the District Jail, according to Deputy Commissioner OP Bhagat. Twenty prisoners from the same jail had tested positive earlier taking total numbers during last four days to 44. Besides, 41 prisoners had tested positive in Dhangri jail of Rajouri.
Udhampur district reported 38 new cases including a Lecturer in the Education Department and a driver of Health Department posted in Ramnagar tehsil.
Kishtwar reported 57 Corona positive cases today including three contacts of positive persons, one pregnant woman and 21 who were tested randomly, Chief Medical Officer (CMO) Dr Ravinder Manhas said.
Among 15 Corona positive cases in Reasi district, two were travelers from Assam, one each pregnant woman and police constable and five locals.
Rajouri district reported 30 fresh Coronavirus cases. They include 17 from Rajouri town, four Darhal, three each Nowshera and Thanna Mandi and one each from Sunderbani and Kalakote besides a traveler.
Significantly, Ramban district today reported just one Corona positive case. The tally of Doda district too came down to 11 today. Among 29 positive cases of Samba district, 21 were locals and eight travelers.
As many as 831 Corona patients today recovered from the virus in Jammu region including 530 in Jammu district, 79 Doda, 76 Kathua, 48 Samba, 40 Rajouri, 34 Kishtwar, 14 Reasi, seven Udhampur and three Ramban district.
Jammu region now has 28063 Corona cases. Of them, 10161 are active positive while 17582 have recovered from the virus.
Meanwhile, the Union Territory of Ladakh today reported 49 new Corona cases—43 from Leh and six Kargil district taking total number of cases to 4152. Of them, 1030 are active positives as 3064 have recovered from the virus.