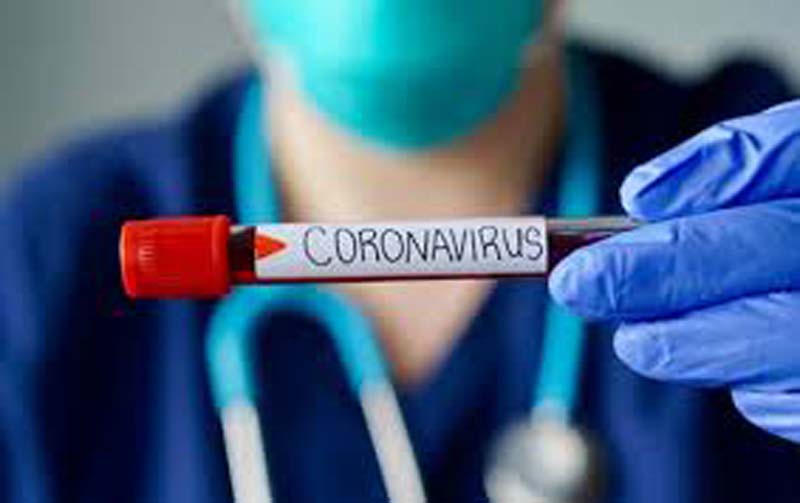 Fayaz Bukhari
SRINAGAR Aug 13: Kashmir today reported 438 COVID-19 positive cases including 102 from Central Jail Srinagar taking the Jammu and Kashmir tally to 26, 949 while seven people died in the Valley taking number of deaths in J&K to 509.
An official said that 102 inmates in Srinagar Central Jail tested positive for COVID-19. The jail has a capacity for 430 people but there are presently 480 people lodged in it. There were 570 people lodged but 90 were shifted out recently.
Additional Director General of Prisons, VK Singh told Excelsior that they have designated Gujjar and Bakerwal hostel Srinagar as Jail and symptomatic inmates will be shifted there in a couple of days.
He said that they are taking extra care and all new entrants into the Jail are being tested and then quarantined for two weeks and no visitors are allowed. He said that infection was probably spread through the hospital staff as one of the doctors tested positive and he had examined the patients inside.
Singh said that national average of occupancy in jails is 115 percent and in J&K it is 116 percent. “It is not here only that jails are full. It is phenomenon across country”, he added.
As Kashmir reported 438 fresh cases, the total number of positive cases in Kashmir division have reached to 20,899 including 14,991 recoveries while as total number of positive cases in Jammu division have reached to 6,050 including 4,311 recoveries and 39 deaths.
The fresh positive cases include 144 from Srinagar, 46 from Baramulla, 33 from Pulwama, 14 Kulgam, 8 Shopian, 16 Anantnag, 36 Budgam, 46 Kupwara, 54 Bandipora and 41 from Ganderbal in Kashmir.
An official said that 966 samples were processed at Chest Diseases Hospital in Srinagar today and 137 tested positive. The official said that at SKIMS Medical College hospital Bemina, 511 samples were processed today and 48 tested positive.
As per officials figures, 6,577 positive cases including 163 deaths and 4,378 recoveries are from Srinagar, 2,303 including 86 deaths and 1,694 recoveries are from Baramulla, 1,983 including 1,373 recoveries and 33 deaths are from Pulwama,1,674 including 1,440 recoveries and 31 deaths are from Kulgam, 1,545 including 24 deaths and 1,417 recoveries are from Shopian, 1,680 including 35 deaths and 1,302 recoveries are from Anantnag, 1,677 including 1,154 recoveries and 38 deaths are from Budgam, 1,394 including 1,091 recoveries and 31 deaths are from Kupwara, 1,251 including 691 recoveries and 18 deaths are from Bandipora and 815 including 451 recoveries and 11 deaths are from Ganderbal.
Seven people died in Kashmir today taking the death toll in J&K to 509 including 470 from the Valley and 39 from Jammu division.
A 90 year old man from Panzgam village in Kupwara who was admitted to SKIMS Soura on August 7 died today.
Another 70 year old man from Lalbazar area of Srinagar who was admitted on Aug 4 died at SKIMS this morning.
A 73 year old man from Zadibal area of Hawal in Srinagar died at SKIMS today. He was admitted to the hospital last month on 30th.
A 76 year old man from Behipora village of Kupwara who was admitted to SKIM Soura on Aug 1 died today. He was suffering from underlying ailments and had tested positive. He tested negative few days before but passed away today.
A 25 year old woman from Veeri area of Bijbehara in district Anantnag died at Chest Diseases Hospital Srinagar. She was referred from LD hospital on Aug 11.
A 67 year old man from Kupwara who was admitted to SMHS hospital Srinagar on Aug 10 with bilateral pneumonia with underlying ailments died today.
The total number of active cases in Jammu and Kashmir are 7,138 including 5,438 from Kashmir division and 1,700 from Jammu division.
With 779 more recoveries, the tally of total recoveries in Jammu and Kashmir has reached 19,302 which is 71.62 percent of the total cases.
Srinagar district alone has 6,577 positive cases which is more than the total number of positive cases in Jammu division where total cases are 6,050.