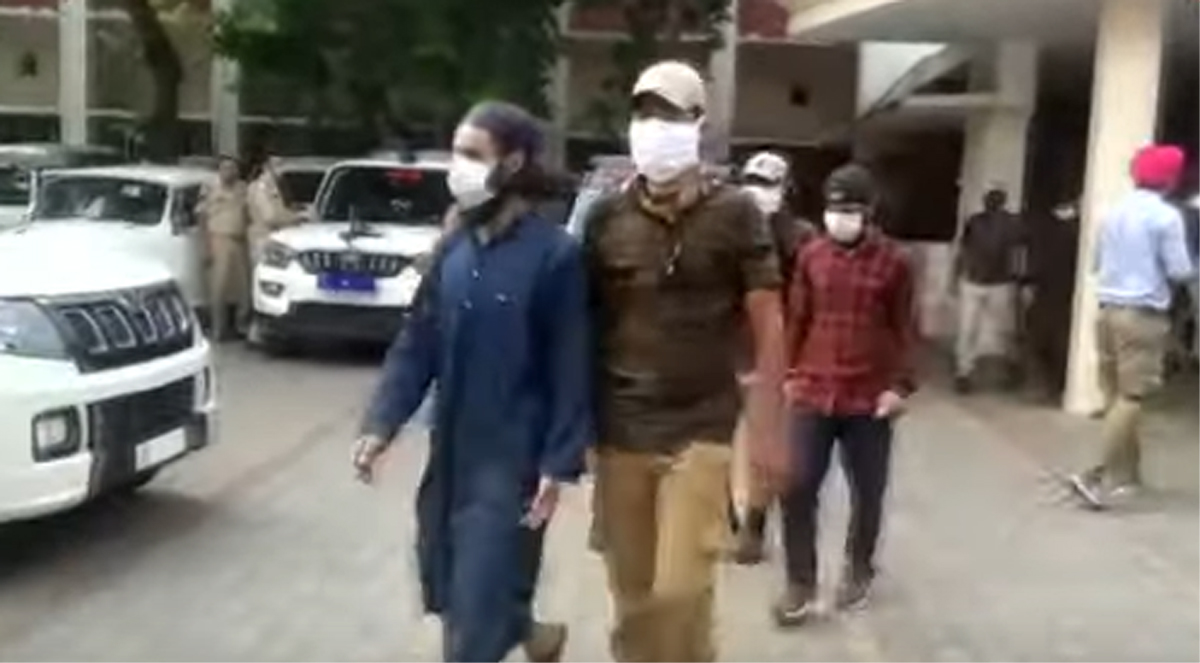 Had links in Kashmir, other parts of country
Excelsior Correspondent
JAMMU, Aug 8: The Special Operations Group (SOG) Jammu has apprehended five more activists of Lashkar-e-Toiba (LeT) outfit, all hailing from Doda who were part of the module to revive militancy and strengthen the LeT outfit in the region.
Arrests were made on the disclosures of Mubashir Farooq Batt son of Farooq Ahmed Batt of Sazan, Doda, a BSc Nursing student at Kharar, Chandigarh who was nabbed in joint operation by SOG Jammu and Army on July 19 along Rs 1.5 lakh in Indian currency.
A police spokesman identified the arrested LeT suspects as Toqeer Ahmed Batt son of Ghulam Qadir Batt, a resident of Sazan Doda, who happened to be Moulvi at Masjid Shimal, Doda, Asif Bhat son of Mohammad Ayoub Bhat of Sazan, who is a surrendered militant as well as former Special Police Officer (SPO) of J&K Police, Khalid Latief Batt of Kotal, Doda, a contractor, Gazi Iqbal son of Mohammad Iqbal of Kota, who works in a chicken shop at Jammu and Tariq Hussain Mir son of Shamas Din of Tanta Doda, who owns a karyana shop at Tanta.
Click here to watch video
All of them have admitted their involvement in the case, the spokesman said.
Arrests were made by the SOG team under the supervision of SP Operations Jammu Naresh Singh
The spokesman said all LeT activists were in contact with Pakistani handler namely Mohammad Amin Batt son of Dawood Batt alias Haroon alias Khubaib R/o Kathawa, Thathri, who had exfiltrated to Pakistan in 2007 and was still acting as district commander of the LeT in Doda.
All arrested accused had been tasked by their handler to identify gullible youth for recruitment in terror ranks, provide logistics support and strengthen LeT cadre in the region, share information about presence of security forces and their important locations to Pakistani handlers, transport arms and ammunition from one location to another and distribute cash among families of active and deceased militants.
Questioning of six Lashkar activists revealed that they received cash amounting to Rs 12.19 lakh through different means on different occasions as part of this module.
They were instrumental in recruitment of two local youth into the militancy including Abid Ahmad Bhat son of Waliya Bhat, a resident of Sazan, Doda who has since been killed and Jamal Din of Doda, who has already surrendered.
The spokesman said questioning of Mohammad Irfan Khan, driver of Tempo No. 2088 JK12 revealed that in July this year, he along with Gazi Iqbal and Amir Bhat hoisted Pakistani flag at Lal Draman area on the instruction of Haroon. Gazi had stitched the Pakistani flag himself.
On the disclosures of Tariq Hussain Mir, of Tanta, SOG Jammu recovered three more tiffin boxes from his house containing Indian currency to the tune of Rs 40,700 which he had received as consignment on different occasions from Pakistani handlers as part of the module.
“Investigations have further revealed involvement of four persons of Kashmir in the racket. It has also surfaced that the module had links in other parts of the country,” the spokesman said.
Further investigations in the case are on.