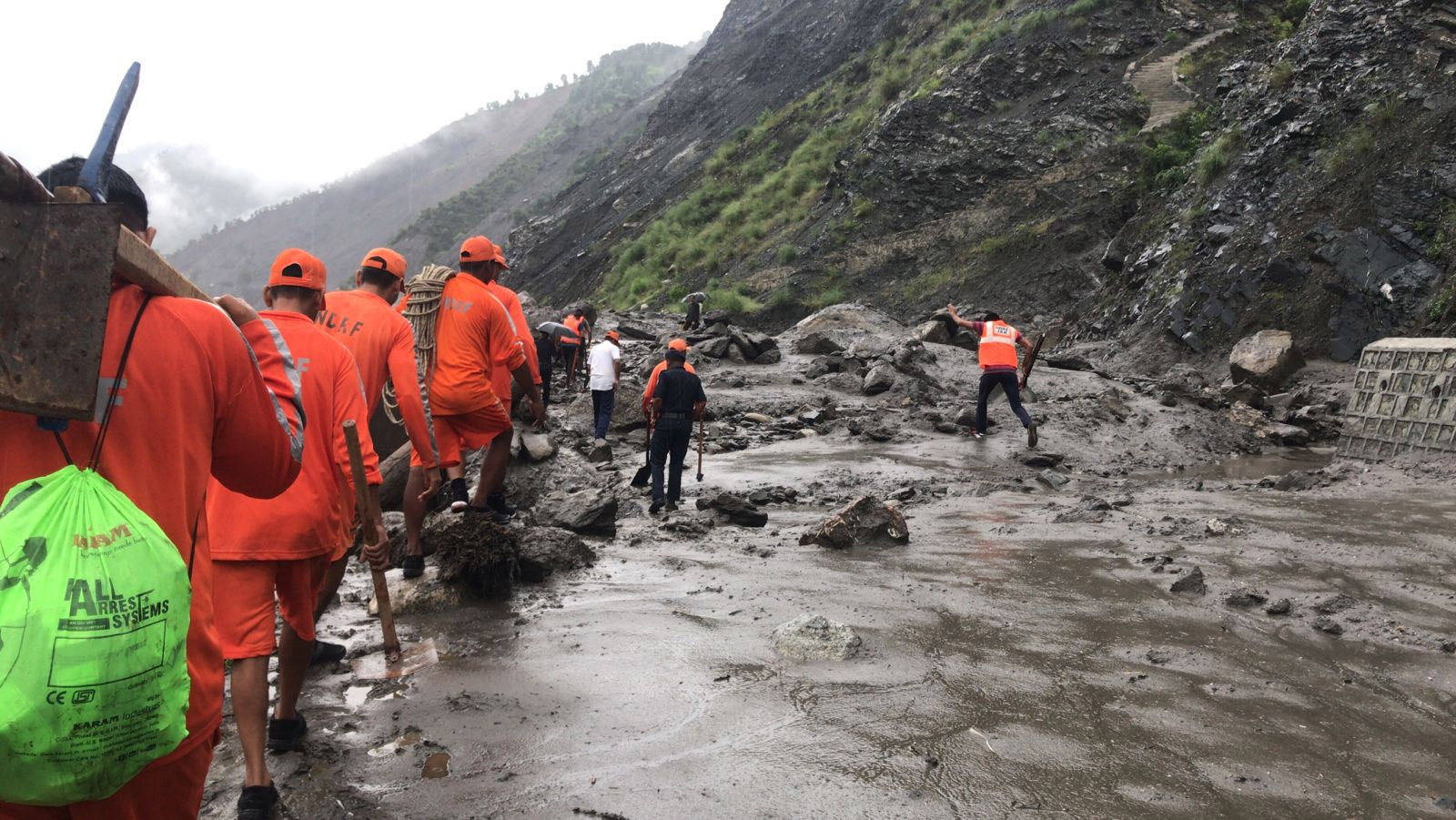 Jammu, Aug 11: Two women were washed away in flash floods in Jammu and Kashmir’s Ramban district on Thursday, officials said.
There incident took place in Mehar, and the victims were identified as Shamima Begum and Rozia Begam, they said.
Both of them are feared dead, the officials added.
Police and the Army have launched search operations to trace the duo, they said, adding some cars and motorcycles were washed away as well. (Agencies)