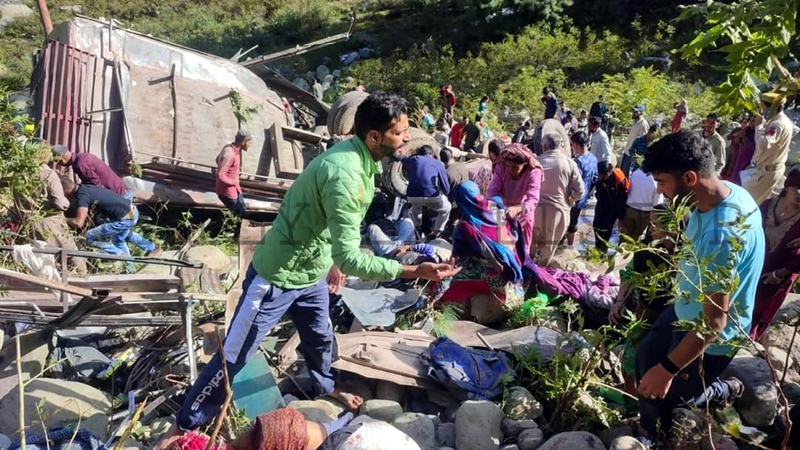 JAMMU, Sept 14: Eleven passengers including four women were killed while 27 others injured when an over-loaded mini-bus skidded off the road and rolled down into nearly 250 feet deep gorge in Sawjian area of Mandi Tehsil in district Poonch this morning.
Official sources said that the tragic accident took place at around 8.35 am today when the ill-fated mini-bus (Canter) bearing registration No. JK12- 1419 was on its way to Poonch from Gali Maidan, about 6 kms ahead of Sawjian. When the vehicle reached near Brari Nallah, hardly 2 kms short of border village Sawjian, the driver lost control over the vehicle at a sharp curve and it rolled down into the Nallah.